Call for taxi licence fees to be further reduced 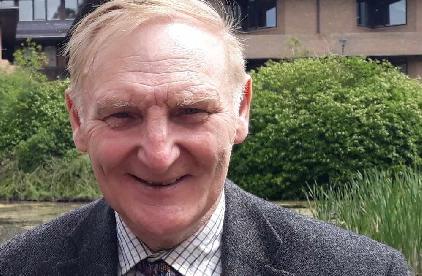 A councillor called for Taxi Licence fees to be further reduced than proposed, to keep taxi drivers behind the wheel.

At a meeting of Powys County Council’s Planning, Taxi Licensing and Rights of Way committee on Thursday, January 13 councillors discussed a proposal to bring Taxi licence fees down for 2022/23.

The fees are based on data from the two previous years.

In her report, Powys’ senior taxi licensing officer, Sue Jones explained that the fees for 2022/23 have been calculated on an average of the costs for
years 2019/20  before the pandemic, and 2020/21 when covid emerged.

She estimated that by reducing the fees the council would see a loss of £9,000.

Cllr Gwilym Williams said: “Some taxi drivers tell me they are packing up due to fees and Covid.”

He asked how many drivers were there in Powys and whether their numbers had gone up or down.

Ms Jones said: “We are still getting new applications coming through which is heartening.

“It’s been a hard time, business is slow and there’s not so much work as the nigh-time economy is quiet due to restrictions.”

Cllr Gwilym Williams said “I still think these fees are too dear.

“People are more scattered around in Powys.”

He explained that taxi drivers struggled because once they dropped a fare off at a destination, “that will be it.”

Cllr Williams believed that other parts of Wales especially cities and larger towns, taxi drivers are more likely to pick up another fare when dropping someone off.

Cllr Williams said: “This covid is not going away and because of the fees we’re going to lose more, because of the trade they (taxi drivers) feel it’s not worth it.”

He was concerned there could be a lack of taxis to take children to school in parts of Powys.

Ms Jones told the committee that the fees cover all the work the council did to process the licences.

Committee chairman, Cllr Karl Lewis said:  “There is a certain amount of work out there regardless.”

Cllr Lewis hoped that Welsh Government Health Measures in place to protect the Welsh public against coronavirus, which affect “pubs and restaurants” could be lifted soon, to help drum up more trade for taxi drivers.

Councillors went on to vote in favour of the taxi fee reduction with 14 votes in favour and two votes against.

The fees changes now need to be advertised in the local press allowing a 28-day period for objections to be lodged.

If there are no objections they will come into force on April 1.

The fees for 2022/2 which don’t include the cost for DBS (Disclosure and Barring Service) checks are: