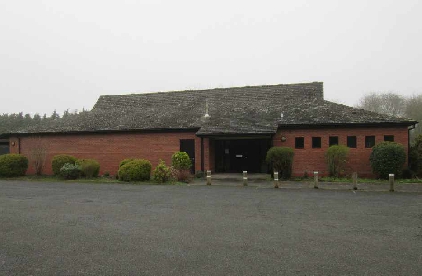 © Copyright Fabian Musto and licensed for reuse under this Creative Commons Licence.

Police were called to Hampton Bishop Village Hall to reports of under-age drinking on Saturday evening.

Officers attending the venue, shut the party down after observing growing numbers of young people that were believed to be under-age drinking, as well as some minor damage that was caused to the venue.

In excess of 200 young persons were at the venue and a small proportion of these became hostile towards officers.

Officers from across the county attended and diffused the incident making sure all the young people left the area safely.

One 16-year-old boy from Herefordshire was arrested for a public order offence, and has been bailed.

One 17-year-old girl, from Herefordshire was arrested for assault on an emergency worker, and has been bailed.

And, one 17-year-old girl, from Herefordshire was arrested for a public order offence, and has been released under investigation.

Investigating officer, Inspector Andy Wortley of West Mercia Police, said: “I understand it would have been concerning for members of the public who saw this incident.

"We have increased our patrols in the area to provide the local community with reassurance.

“The investigation is on-going and we would appeal to anyone who may have witnessed the incident or has any information relating to it, to contact West Mercia Police on 101 quoting incident 704s 091119.”