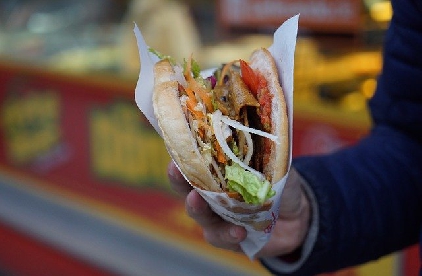 More than 24 people are opposing plans to sell hot takeaway food from a trailer near Asda in Hereford.

Daniel Marin wants to be able to place a trailer on the private car park off Belmont roundabout to serve food from noon to 10pm every day.

He has permission from the landlord but needs planning approval from Herefordshire Council.

However, a petition signed by 24 residents has been presented to the council saying the trailer is too close to their homes and will cause noise and odour disturbances.

They also say it will affect the pedestrian access.

Mary Springer, one of the objectors, said: “The noise and fumes would be in our homes from morning till way past bedtime.

“We would all find this really obnoxious and wouldn’t be able to open our windows or dry our washing outside.”

Another resident said the smell and the noise will be unacceptable.

“My washing from my drying line will smell of food and I won’t be able to have my windows open in the summer because of the functions of this van.”

Environmental health officers say they have no objections to the plans from a noise and nuisance perspective.

County planners are expected to consider the scheme by October 25.