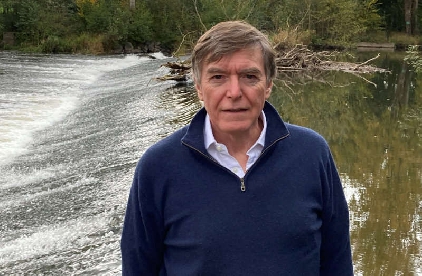 Shropshire Council has pledged to hold water companies to account over river pollution in a bid to clean up the county’s waterways.

Councillors say the frequent discharge of sewage into rivers is making them unsafe for people who use them, impacting fish populations and threatening whole ecosystems.

The authority has now promised to put pressure on Severn Trent and Welsh Water to invest in drainage improvements and provide timescales for mitigating the effect of sewage and other pollutants being released into Shropshire’s rivers.

A dedicated group will also be set up to address the issue with both water companies, with input from the Environment Agency.

The issue was raised at a meeting of the full council by Labour councillor Kate Halliday, who represents Belle Vue in Shrewsbury, on the same day a report from the Environmental Audit Committee, chaired by Ludlow MP Philip Dunne, warned a “chemical cocktail” of pollution in UK rivers was putting public health at risk.

She said that since water companies were privatised in 1989 water bills had increased in real terms by 40 per cent, while investment in sewage networks had been cut by a fifth.

Councillor Halliday said: “Campaigners for cleaner rivers would suggest that some companies have chosen to dump sewage into rivers rather than invest adequately in treatment systems, and you can kind of see their rationale.”

She said the passing of the Environment Act last year was welcome but did not place a legal duty on water firms to end the practice of discharging sewage into rivers.

“This motion puts forward some practical suggestions on how we can achieve this and hopefully start to improve the water quality that the residents and wildlife in Shropshire deserve.”

The motion received unanimous support across the chamber.

Councillor Rosemary Dartnall, who represents Bayston Hill, Column and Sutton, said: “Rivers support life in a fundamental way. They distribute water extensively and when healthy and clean provide habitat for many types and species of vegetation and wildlife.

“Healthy rivers are essential to support and retain biodoiversity amongst other things.

“Polluted rivers lead directly to the decline of river course ecosystems, something to be avoided at all costs.

“The death of a river ecosystem leads in time to increased flooding events as the natural vibrant storage flux of the unhealthy river course loses its natural ability.”

Councillors Heather Kidd, Tom Biggins and Edward Towers said there was concern in their areas – Chirbury and Worthen, Whitchurch and Wem respectively – that the capacity of local sewage networks would not be able to cope with any new house building until improvements were made.

Seconding the motion, Radbrook councillor Julia Evans said: “It’s a huge problem, with an antiquated sewage system that was basically built in the Victorian times and hasn’t had much funding and investment since.

“It’s holding these water companies to account that they need to invest more money into the sewage system.”

Speaking after the meeting, Councillor Halliday said: “I am very pleased that I had support from councillors of all parties to take action with the water companies, and hope that this will have the effect of improving the quality of river water that the people and wildlife of Shropshire so rightly deserve.

“Many members of the public are extremely concerned about this issue, including anglers across the county and I can confirm that I received correspondence from Severn Trent yesterday acknowledging the motion and offering to meet with myself and colleagues, and so we are already having an impact.”