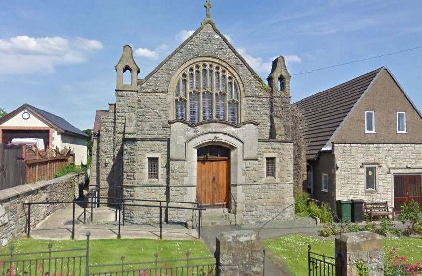 A derelict church saved from demolition could get a new lease of life as an art studio and gallery after it was bought by an ‘internationally-renowned’ artist.

The proposals for the former Bishop’s Castle Methodist Church would see the building extensively refurbished, with original features restored and a mezzanine floor added.

When the work is completed it is hoped the church will host up to two working artists, with a gallery space displaying works from both local and national artists.

The plans come after the building was just days away from being bulldozed in February 2018, when the church council said declining membership and the ongoing maintenance costs meant it was no longer sustainable to run.

But when fences and machinery appeared on-site, members of the public called on Shropshire Council to step in and prevent the demolition from going ahead.

The authority swiftly issued an ‘Article 4 Direction’, which introduces the requirement for planning permission for something which would not normally need it – in this case demolition.

The direction, made under the Town and Country Planning (General Permitted Development) Order 2015, was later confirmed after the council’s historic environment officers judged the church was a ‘non-designated heritage asset’.

Rather than seek planning permission for the demolition, the church council sold the building to award-winning London-based artist Keith Coventry, whose proposals to transform the building have now been lodged with planners.

A statement submitted by planning agent Joe Groves on Mr Coventry’s behalf says: “The provision of an art gallery/ studio in this location would give the building, which hasn’t been in use for several years, a new purpose while helping to maintain it for future generations.

“The client applicant is an internationally recognised artist who, having recently purchased a home nearby, is keen to get more involved in the local art scene and would like to provide a platform/ space for artists to work and display their art.” 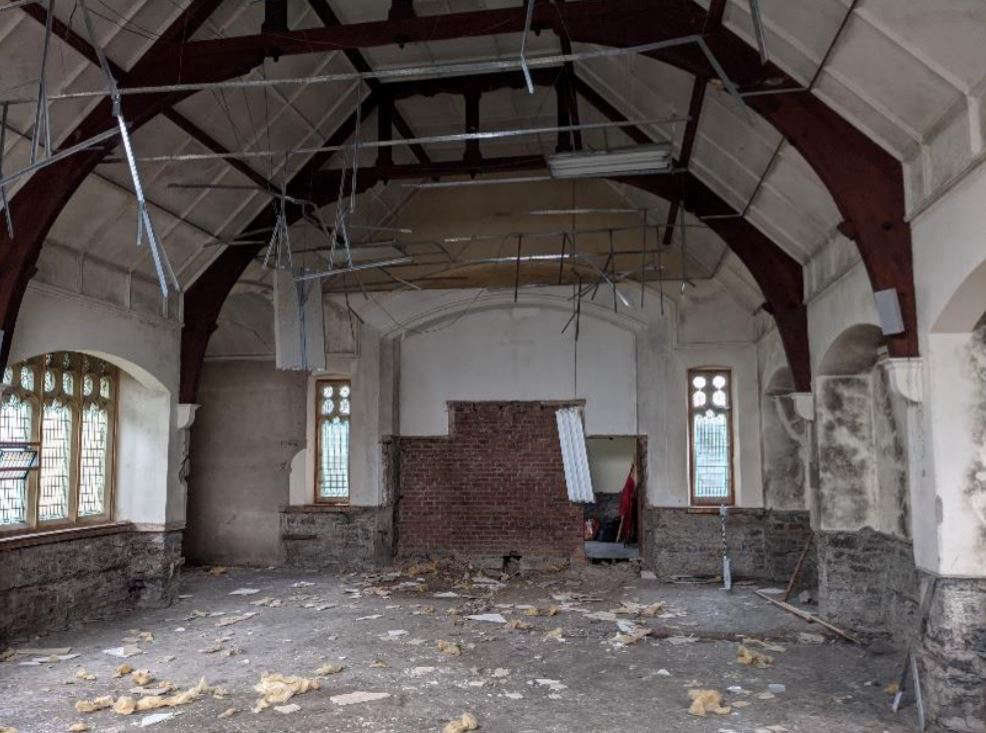 The building is not listed, with an application to Historic England turned down after the Article 4 Direction was issued, but lies adjacent to the boundary of the town’s conservation area.

Mr Groves says the church holds both “historic and architectural interest”, having stood on Station Street since 1904 on the site of an earlier church built in 1864.

The statement says: “External design alterations have been kept to a minimum in order to not detract from the heritage asset – these being mostly maintenance and repair where required (finish to match existing), involving mostly some landscaping works and restoration to existing doors and windows.

“Internally, existing features will be retained as much as feasible while upgrading the fabric to modern levels of insulation.

“A new heating system will be installed, likely to provide an underfloor heating
system throughout.

“A mezzanine floor is to be introduced towards the rear of the building to provide additional work/ meeting space separate to the main gallery space.

“The proposals also include the provision of a disabled toilet, a small kitchenette and additional storage space for supplies etc.”

The application for a lawful development certificate for the proposed use will now be decided by council officers.