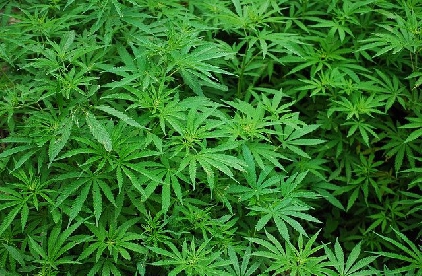 A man has been arrested after a cannabis farm was found at a tattoo parlour in a Shropshire town.

The cannabis farm was discovered yesterday as police and partner agencies carried out a MATES operation in Craven Arms.

It’s estimated the cannabis farm would have a street value of approximately £45,000.

A 21-year-old man has been arrested on suspicion of immigration offences and cannabis production.

MATES is a multi-agency targeted enforcement strategy that sees police work with a number of agencies including HM immigration, trading standards, licensing officers and the fire service.

South Shropshire Safer Neighbourhood Inspector, Nikki Roberts, said: “Working in partnership with our colleagues within other agencies enables us to share information and intelligence and take appropriate enforcement action where required.

“During the MATES operation on Thursday a number of premises were visited in Craven Arms to offer help and support to the owners and staff around their obligations.

“During one of these visits a significant cannabis farm was discovered in a tattoo parlour in the town, the cannabis farm has been recovered and a man arrested.”