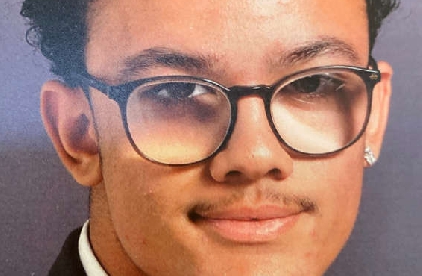 The family of Ramarni Crosby have paid a moving tribute to him, describing him as a charming, thoughtful and gentle young man.

Thanking the community for their love and support, his family have now spoken about the devastation and pain they have felt at his death.

They said: "We are unable to find the words to adequately convey the void left in our lives by the death of our beloved Ramarni.

"Ramarni was a happy, cheeky, loving little boy that evolved into a warm and gentle young man, of whom we are immensely proud.

"He was a charming and thoughtful grandson, son, nephew, brother and friend. Those who knew Ramarni will know the type of person that he was; he had a heart of gold and was able to brighten your day in an instant.

"We are absolutely devastated and cannot fathom the cruel and senseless way in which Ramarni's life was taken. We have been robbed of his future and our lives will never be the same.

"His loss will be felt every second of every day, with every birthday, anniversary and other occasion becoming a painful reminder of the brilliant young man that we have lost.

"We would like to thank the local community for their outpouring of love and support. We now ask for privacy as we look to navigate our lives without Ramarni, which seems an impossible feat."

Three teenage boys from Gloucester have jointly been charged with the murder of 16-year-old Ramarni.

The boys, who are aged 15, 16 and 17, have been remanded in custody and are due to appear at Bristol Crown Court later this month. They cannot legally be named due to their age.

All three have been charged with the murder of Ramarni Crosby on the evening of Wednesday 15 December.