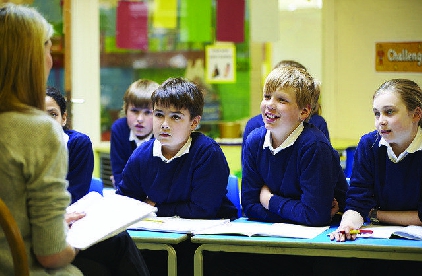 A Gloucestershire headteacher has called for more transparency around how schools are approached to take more pupils.

Gloucestershire Schools Forum has agreed to set aside £1.3m to fund extra school places in 2022/23.

But All Saints’ Academy principal Dermot McNiffe has also called for more transparency around how schools are approached to have extra pupils.

He believes all schools in any given area where there is an increased need for places should be consulted.

“As an academy, I’m aware of those growths taking place and certain schools being approached but not all,” he told the schools forum on September 16.

“I do think there is a need for transparency in terms of places.

“I was on a recent meeting where there was concern from one school which has had a dip in numbers.

“There are organisations like Gloucestershire Association of Secondary Headteachers where that discussion could be made and there is more transparency around how that is dealt with.”

Education strategy and development head at Gloucestershire County Council Philip Haslett said it was an issue he was not directly involved with but was happy to relay the concerns and get feedback from the team.

“I would be hoping for full transparency around how that operates,” he said.

Schools finance manager Neil Egles explained that the growth funding is used where the local authority needs to approach a maintained school or academy to ask them to take an additional class or classes as a result of a shortage of places in the area.

“That then funds within the year the extra cost for taking those pupils,” he said.

“From the following year onwards that number of pupils then form part of the number on roll of the school and census count which means they would get funding through the normal method of the national funding for those years onwards.”