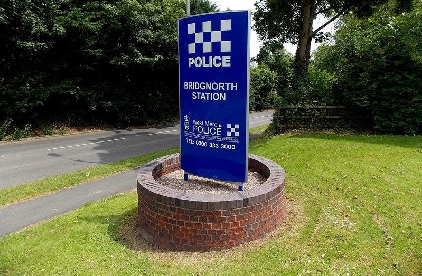 Officers are to move back into Bridgnorth’s police station less than two years after it was closed because force numbers are increasing, the commissioner has said.

He said he was “looking to” use the premises, having moved out in 2018, but in principle he prefers police and firefighters to share accommodation. One of the reasons given at the time of the move was that Bridgnorth Police Station was “too large”.

Worfield councillor Michael Wood, a member of the West Mercia Police and Crime Panel, said: “In whatever capacity, Bridgnorth Police Station re-opening would be very welcome.”

During a discussion of Mr Campion’s proposed precept and budget for 2020-21, Cllr Wood said: “Being very parochial, all that is missing from the estates strategy is the Bridgnorth Police Station which has come out of the capital programme of Shirehall, where we were hoping to do a joint development with yourselves. That seems to have disappeared.”

The police station, on The Wheatlands, is adjacent to the former Bridgnorth District Council building, at the corner of Ludlow Road and Wenlock Road.

“Shropshire Council now own it, and the previous commissioner, Bill Longmore, had expressed interest in developing it together and Mr Campion had expressed it too,” Cllr Wood said.

At the panel meeting, he reminded Mr Campion the move had the potential to save money for both the council and the police.

A report, prepared by Mr Campion’s office for the panel, said: “Since the PCC pledged to invest an uplift in officer numbers in February 2019, 250 additional officers have been recruited, bringing the total number of full-time officers today to 2,152.”

Mr Campion said: “We’re in the interesting position of having increased resources in places like Bridgnorth, which means we are not able to accommodate within the fire station, so we are looking to be able to use the existing site and whilst we can’t occupy all of it we are looking at what we’ll do with the rest of it.

“It’s regrettable. I have a clear vision that I don’t like single-use police or fire stations.”

For example, he said, he was interested in moving police into space in Shropshire Council’s headquarters.

“I see a continued drive towards a northern hub in Shropshire, and I see Shirehall as one of the options as to how we do that,” he said.
“It is still on the agenda but it is about making sure we get the right scheduling of our projects.”