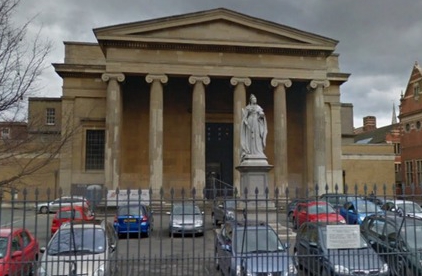 A former West Mercia Police officer was today sentenced for causing death by careless, or inconsiderate, driving following the death of Mr David Shaw in 2018.

He appeared at Worcester Crown Court after being found guilty of the offence on 18 August, after a trial in relation to the death of Mr Shaw, 53, following a road traffic collision in Worcestershire on 28 May 2018.

The jury found him not guilty of an original charge of causing death by dangerous driving.

The collision involved an unmarked police car travelling along the A449 from Worcester to Stourport-on-Severn, responding to an emergency call, and a car driven by Mr Shaw.

Deputy Chief Constable Julian Moss said: “I hope today’s sentencing can offer Mr Shaw’s family and friends some form of closure and our thoughts remain with them at what continues to be an extremely difficult time.

“I can assure Mr Shaw’s family and communities across West Mercia Police that we take incidents such as these incredibly seriously and are committed to taking any learning from this case and embedding it within our organisation.”

The incident was referred to the Independent Office for Police Conduct (IOPC), which carried out an independent investigation into the matter.  Jamie Holloway has resigned from West Mercia Police, however, an internal misconduct review will now take place.