Council and football club settle out of court 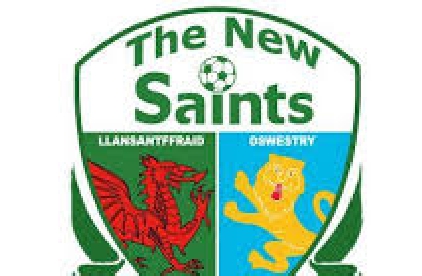 An out of court settlement has been reached between Shropshire Council and The New Saints after a long-running saga involving the alleged non-payment of an £80,000 grant.

The Welsh Premier champions, based at Park Hall, Oswestry, will now make a minimum commitment of £60,000 into projects benefiting Oswestry and the rest of the county.

It comes after legal action was launched by the council in September 2018 to recover a controversial £80,000 payment given to the football club.

A county court date had been scheduled for January, but the matter has been resolved between the two parties.

In a joint statement issued by both the council and the club, they said that following a “positive meeting between senior officials of both organisations”, it was agreed that The New Saints would continue to invest significant funding into agreed projects via The New Saints Foundation with a minimum commitment of at least £60,000 over the next five years to benefit the people of Oswestry and Shropshire.

It was agreed that two representatives from Shropshire Council would be invited to join the board of trustees of The New Saints Foundation.

The statement said ‘this will ensure an even better working relationship between both organisations, working on collaborative projects in line with The New Saints Foundation Strategy.’

Mike Harris, chairman of The New Saints Football Club, said: “I’m delighted with the outcome of this meeting.

“I feel we have made significant progress and would like to thank Shropshire Council in being open to a negotiated settlement that leaves both parties able to move forward in a positive position.

“I’m also pleased that Shropshire Council recognises the great work that has been achieved, and is now going to play an active role as The New Saints continues with its programme of good causes in the area.”

Clive Wright, chief executive of Shropshire Council, added: “I am really pleased we have found a way forward and look forward to both of our organisations continuing to make a difference for Shropshire communities.”

The authority gave the money to TNS back in 2012 to build a stand to compete in European competitions.

In early 2018 it was revealed that only £10,000 of the money had ever been paid back and there had been confusion over whether the money was given as a grant or a loan, prompting calls for a full inquiry.

An audit report found the authority failed to ensure repayment grants were being made, due to ‘staff turnover and weak management structures’.

The report said it is not known ‘whether this was by design or accident’.

The council said it was determined to get the money back, while Mr Harris had accused the council on Twitter of ‘blackening’ the clubs name.

Neither the council or the club say they will make any further comment on the issue.