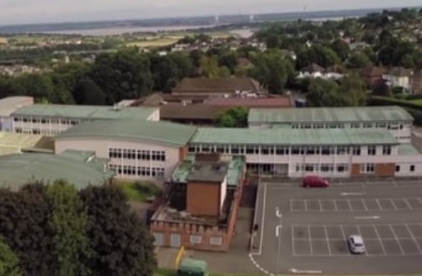 Chepstow School was just one of two schools in Monmouthshire to end 2020/21 in a deficit.

While Llandogo Primary School was also in a deficit at the end of the last financial year, the overall negative balance was halved.

This meant that Chepstow was the only school to see a weakened financial position in the end of year schools balances.

Nikki Wellington, who is a finance manager at Monmouthshire council, said the delay in implementing the plan to get rid of the deficit was the main reason for this.

In a scrutiny committee this morning (July 26), she said: “There are schools with underlying structural deficits and that’s what we need to be aware of.

“Whilst the balances are pleasing, we don’t want to mask the issues.

Ms Wellington said Chepstow School had already started its journey to recovery at the start of the year, but “the pandemic pushed back a well needed restructure”.

She said they were asked to stop the restructure, so it “has been delayed a year” and that is the reason it “is still in a deficit position, because it needs to address the structural underlying deficit”.

Cllr Louise Brown asked how the structural deficit impacts resources and what it means.

Ms Wellington said: “Chepstow at the start of the year was in a deficit as were a number of other schools at that point in time.

“Chepstow is working through the deficit to make improvements and to see the school come back into a surplus.

“Those costs have still been within that school budget.

Ms Wellington said this would be the same for all the schools that were in a deficit position at the start of the year.

A report on the Chepstow situation says: “In particular and in specific relation to Chepstow Comprehensive, when the windfall Welsh Government grants are disregarded, it masks a significant in-year budget deficit that has been brought about significantly due to the curtailing of any staff redundancies during the pandemic and that were pivotal to their recovery plans.

“This leaves the school in a comparably weaker position than they would have been in if they had executed their recovery plans as intended, and where they do not now have the level of surplus balances that the other three comprehensive schools now have to strategically invest over the medium term.

“It is also clear that the inherent structural budget deficits that have led to a situation of 17 schools being in deficit at the start of the year remain and require resolution irrespective of additional funding received.”