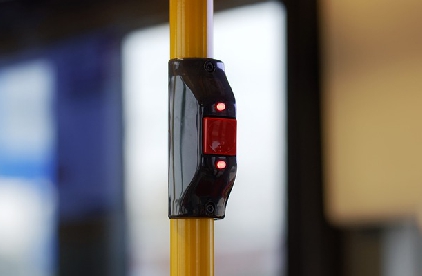 Calls have been made for changes to how bus fares are set to avoid promoting short car journeys to and from Shrewsbury’s park and ride sites.

Current charges mean walkers and cyclists must pay twice as much as motorists to board a bus from Shrewsbury’s three park and ride locations.

The issue was raised at a meeting of Shropshire Council’s cabinet by Bowbrook councillor Alex Wagner, who said the current rules encouraged people to get in their cars rather than choosing more sustainable travel options.

In a question to cabinet, read out by Liberal Democrat group leader David Vasmer, Councillor Wagner said: “The three park and ride stations in Shrewsbury at Oxon, Meole Brace, and Harlescott are each situated in areas which are within walking or cycling distance of many residents, and provide a more reliable service than other local buses in many instances.

“Despite this, the current fare regime means that those who drive over are charged £2 for a return, whilst those who walk over have to pay double this, with a single costing £2.

“This encourages residents to make unnecessary short distance car journeys, often under half a mile, adding to traffic and environmental concerns.

“Would the cabinet member support changing this policy to put walkers on a level playing field?”

She said the fare structure had therefore been set to “deter” people from walking to the park and ride sites rather than their nearest bus stop.

But Councillor Motley said the council was hoping the disparity could be addressed under government plans to overhaul bus travel in the aftermath of the pandemic, as well as a number of council projects currently in the pipeline.

She said: “We don’t believe that this is how bus services should operate going forwards and whilst this legislation restricts us at the moment, we are seeking to address this through the government’s recently published National Bus Strategy, where a far more integrated approach will be taken with regards to public transport, allowing for multi operator ticketing and freedoms for passengers to move easily from one service to another.

“Also, we are implementing our Local Cycling and Walking Infrastructure Plan (LCWIP), to further integrate transport and active travel.

“Central to transforming public transport within the town is our proposal for the park and ride service to become ‘Shrewsbury Connect’, which will enable the connection opportunities that you have highlighted in your question, along with many other improvements to the service.”

Councillor Motley added that the “catalyst” for many of the changes is the council’s recent £98 million bid to the government’s Bus Back Better scheme, which she said would “transform public transport across Shropshire”.

Councillor Vasmer asked if there was a timescale yet for any of the planned improvements, and Councillor Motley responded that the council was expecting to hear the outcome of the funding bid by the end of the year.

She added: “Once we get it, we will be able to roll this out quite quickly.”