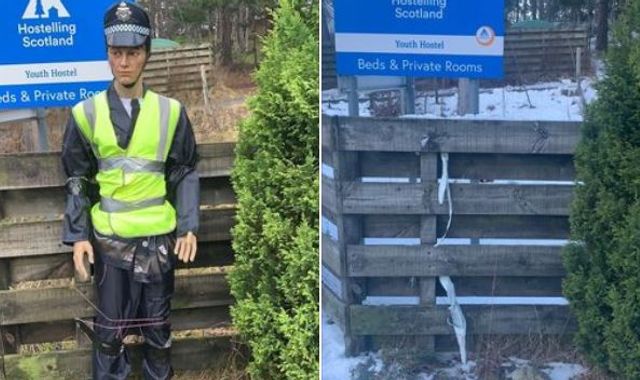 Road safety officer Allan has been "kidnapped" from his post and residents of Braemar are appealing for his return.

The mannequin has been stationed on the A93 in Aberdeenshire for two months reminding drivers to slow down for the village's 30mph speed limit.

Geva Blackett, councillor for Aboyne, Upper Deeside and Donside, said Allan was last seen at 1.30pm on Saturday before disappearing "not of his own volition".

In a Facebook post, she wrote: "Allan took great pride in his role of reminding people driving into Braemar from Glenshee on the A93 that they were in a 30mph speed limit.

"Children, elderly folk and red squirrels are all at risk if people forget. Now he has gone - and not of his own volition.

"Someone has taken him!

"Have you seen Allan?

"Whoever kidnapped him, please give him back - he was last seen at 1.30 this afternoon (Saturday) and is a gentle soul, never offends anyone and well liked here in Braemar."

Ms Blackett said she had initially asked the local police inspector if a cut-out police officer could be placed at the roadside to warn the speedsters.

But there were none spare, so Allan was drafted in.

There is no word on a replacement during Allan's unplanned absence.