All through Welsh school for Builth Wells could be "extremely divisive." 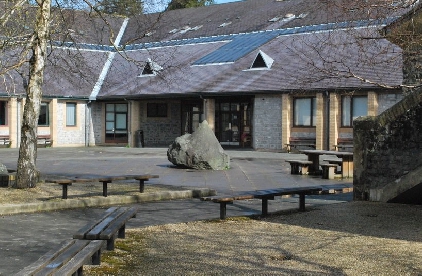 Changing the former Builth Wells High School into an all through Welsh medium school, could be “extremely divisive,” a councillor said.

Ysgol Calon Cymru’s Builth Wells campus, would be remodelled as an all through school to accommodate 450 pupils aged 4-18, along with early years facilities – to be built there.

The intention is that Llandrindod would be an English medium school, Builth a Welsh medium one, and it could all cost £61 million.

Cllr David Price (Independent – Llanafan Fawr) said:  “I’m sure Llandrindod will be rejoicing in the news of the fantastic new build that would be there, which is long overdue.

“I’m sure those who have lobbied tirelessly for Welsh language education are absolutely ecstatic, but in my humble opinion, bilingual education has served this area extremely well.

“Some parents in the Builth area will not welcome the news and it will be extremely divisive.

“This debate will open raw wounds in the Builth area, when only just a few short years ago the discussions of the merger of the two schools, at the time hailed as a panacea for all.

“The public will say, you didn’t listen to us at that time, why should we listen to you now?

“At the time of the merger there was 1,788 letters of objection, unfortunately they were ignored and Powys ploughed ahead.

“We have a great deal of work to do to win the hearts and minds in the Builth area with these proposals.”

Education portfolio holder, Cllr Phyl Davies defended the proposals: “Obviously it is recognised Calon Cymru has not worked, due to the deficit position of the school budget

“We can’t look to the past, only to the future.

“Numerous Estyn reports over 15 years say that we are not doing enough for Welsh language provision in Powys.”

Cllr Jeremy Pugh (Action for Powys – Builth), believed that “thrusting” the Welsh medium school on a predominantly English speaking area would not work.

“Are you just trying to close Builth Wells by the back door?” asked Cllr Pugh?

Cllr Davies stressed that this was not the case.

Cllr Davies said: “We haven’t got the ability to sustain two English medium schools within such a close rural location.

“The best site for that and more development in our opinion, is Llandrindod Wells.

“Having an all through Welsh medium school in Builth Wells is the best way to show our intent to move Welsh language education in the right direction.”

“This is early days in our preferred way forward.”

Head of Transformation and Communications, Emma Palmer, pointed out that back in April when the Transformation Strategy had been agreed, “a firm commitment” had been made that it would be provided at all 13 secondary school sites.

Ms Palmer said: “One of those includes Builth.

“It’s not about taking provision away or closing a school it’s about using the assets available to deliver the strategy.”

A further report on the Calon Cymru proposals is expected to be brought back to Cabinet in November.