‘Prison is not safe’ says report 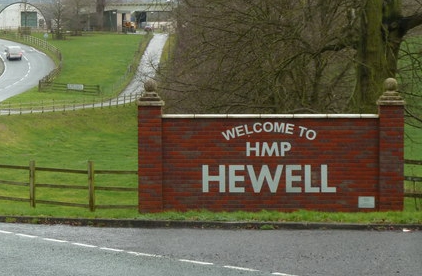 Bosses at a county prison have been told it ‘cannot be considered safe’ in a damning report.

Prison inspectors found a number of concerns at HMP Hewell near Redditch during a recent visit including almost a third of prisoners claiming they felt unsafe with others having to wait two weeks for a shower.

Some prisoners with impaired mobility had not had time in the fresh air for weeks and had trouble in accessing showers regularly, according to the report.

Inspectors also found that progress in easing coronavis restriction was too slow and prisoners receiving only an hour outside was “not enough.”

Peter Clarke, HM chief inspector of prisons, said restrictions put in place at the start of the pandemic were no longer proportionate. He said he was concerned by the visit and concluded that Hewell “could not be considered a safe prison.”

“There had been little progress in ensuring that prisoners had sufficient time out of cell or purposeful activity,” he said. “This contributed to prisoners’ frustration and potentially to a deterioration in mental and emotional well-being.

“Prison leaders at both local and national level should take note of the fact that 70 per cent of the prisoners we surveyed at Hewell reported problems with their mental health. One hour out of cell each day was simply not enough.”

The report highlighted that no prisoners had tested positive for the virus since April and, though social distancing remained a “continuing challenge,” inspectors assessed that overall the prison had managed the initial stages of the crisis well.

The report noted a new governor had arrived five weeks before the visit increasing time out of cell from 30 minutes to an hour, opened a workshop for a small number of prisoners and introduced an outside exercise session for all prisoners once a week.

However many workshops remained empty and classroom-based education was still not allowed.