No electric car charging points for Crickhowell or Ystradgynlais yet 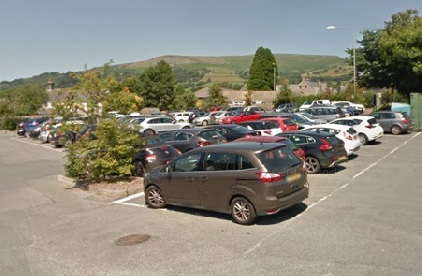 Putting electric car charging points in two of Powys’ major towns will be done in a second phase of the project, if more funding is found.

Funding of £100,000 was given to Powys County Council (PCC)  to place  electric charging points at pay and display car parks all across Powys.

Beaufort Street Car Park, in Crickhowell, had originally been earmarked as one of the sites for a charging point when funding for the project was announced a year ago.

Cllr Kathryn Silk (Bwlch – Liberal Democrats) asked under the questions at anytime protocol, when would both towns get charging points?

Cllr Silk, said: “It is gratifying to see that electric charging points are finally being installed in Powys’ car parks.

“However, the planned roll out appears disproportionately to favour the north of county.

“When can sizeable settlements in the south of the county such as Crickhowell and Ystradgynlais expect charging points to be installed in their car parks?”

Portfolio holder for the environment, Cllr Heulwen Hulme, (Independent – Rhiwcynon) replied: “Crickhowell and Ystradgynlais will form part of the second phase of development subject to securing the available funding.

“Unfortunately, this year we were not successful in our bid to Welsh Government for further funding, but we will continue to pursue further funding opportunities in the future.

“Some locations costs of connections are significantly higher and make the investment less viable in terms of grant available, and have therefore been deferred until suitable funding comes available or alternative solutions found.”

She added that delivering the charging points had partly been down to power supply and connection.

Due to this, the sites in the Montgomeryshire could be switched on earlier than those further south.

In September 2019,  Powys County Council (PCC) received £100,000 from the The Energy Saving Trust (EST) which is administers the fund on behalf of the UK Government’s Office for Low Emission Vehicles (OLEV) to install electric vehicle charge points in car parks in residential areas.

Other sites where electric chargers will be placed soon are: