Malvern’s poor worse off than rest of the country 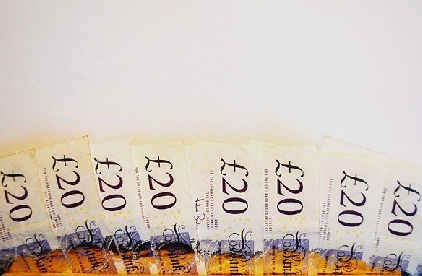 Poorer families are being put at an even greater disadvantage than the rest of the country just by living in Malvern, a new report has found.

Malvern Hills was singled out in a report by the Social Mobility Commission for having some of the lowest wages for disadvantaged people in the country.

The report concluded that one disadvantaged child with the same family background as another would earn less as an adult simply because he lived in Malvern.

The study found the average disadvantaged 28-year-old man who grew up in Malvern was earning around £9,800 a year – more than half of what men in similar circumstances earned in other – and more socially mobile – parts of the country.

The commission’s ‘Long Shadow of Deprivation’ report also found there was a very large wage gap between rich and poor families even when the men received the same test scores at school.

Cllr Sarah Rouse, leader of Malvern Hills District Council, said: “We are well aware of the challenges faced by parts of our district and are deeply concerned the impact of the Covid-19 pandemic will increase inequality and fall disproportionately on our most disadvantaged communities.

“That’s why we have put supporting those communities, business support, skills and young people at the heart of our Covid-19 recovery framework. We have also created a task and finish group to look specifically at issues like poverty and social mobility, so we can understand what more we can do to tackle this important issue.

“Historically, we have struggled to attract government funding to invest in this area as we are often dismissed as an affluent district. This report will help us make the case for our fair share of funding.

“Every individual in our district should have the opportunity to fulfil their potential based on their own talents, skills and hard work, not their postcode. We will continue to work with our partners to make that vision a reality.”

The report tracked the journey of all state-educated sons in England who were born between 1986 and 1988 through school, changes in education and recessions to what they were earning in 2014 and 2016 aged 28.

It also looked at certain characteristics of an area including population, levels of deprivation, percentage of professional jobs, infant mortality rate, low birth weights, average house prices and the number of ‘outstanding’ rated schools and determined whether growing up in one area impacted you in adulthood.

Cllr Paul Bennett, who represents the town’s Pickersleigh ward, said many did not expect to see such poverty in Malvern when it was classed as such a wealthy area. He said the huge gap between rich and poor was like “chalk and cheese.”

“Everybody thinks that people in Malvern are wealthy because a lot of people come here with retirement funds and live in big houses and they don’t see that actually you are either really well off or not well off at all,” he said.

“There isn’t that kind of middle ground you get in larger areas. We are fully aware of that and it is something that I am just totally opposed to.

“Inequality is growing all the time. It’s insidious. You don’t notice the difference between those on minimum and living wage, which isn’t really a living wage and those living on retirement pensions and owning companies and doing things that are prosperous. Nobody wants to damage those [people] whatsoever but there are a lot of people that are being left behind.”

West Worcestershire MP Harriett Baldwin said: “I know that social mobility has been a challenge that is being closely investigated by both Wychavon and Malvern Hills District Councils and I support their efforts to investigate the issues arising from this report.

“From a national perspective, the Government is working to help people on low pay and the National Living Wage was increased by 6.2 per cent this year and tax-free allowances are also much higher.

“A good education is vital to address this issue and almost 90 per cent of our local schools are rated as ‘good’ or ‘outstanding’.

“House prices are high, which affects the ranking, but local councils have succeeded in building nearly 2,000 homes a year in South Worcestershire for the last four years. National surveys regularly report that this is one of the best places to live in the country and I’m also pleased that this report highlights that while addressing the issues of social mobility, this is still a great place to work and raise a family.”