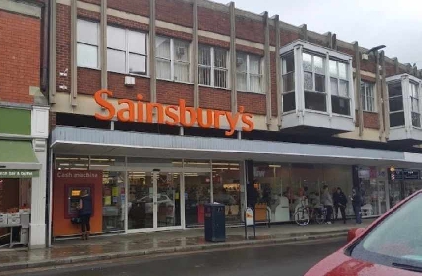 City councillors will tonight debate whether it should do “all it can” to stop a Gloucester Sainsbury’s store from closing.

Gloucester City Council are meeting this evening to help prevent the popular city centre branch, in Northgate Street, from closing  after the supermarket’s bosses announced its departure from the city earlier this month.

Employees face losing their jobs or being redeployed to other branches as the store, which was opened by Sir John Sainsbury himself in 1970, looks set to close next year.

Two separate petitions have been launched to stop its closure, with one by the authority’s Liberal Democrat leader Jeremy Hilton receiving more than 500.

Both the Bishop and Dean of Gloucester are opposed to the store’s closure, and Gloucester’s Conservative MP Richard Graham said he was “saddened” by the proposal.

Tonight all city councillors will determine a motion put forward by Mr Hilton to “persuade” the supermarket giant to keep it open.

The motion reads: “This council notes that J Sainsbury PLC has announced the closure of its popular city centre store on Northgate Street.

“This council notes that this wonderful supermarket has been serving customers for nearly half a century.

“This council agrees that it should do all it can to stop the supermarket’s closure by persuading J Sainsbury PLC to keep it open.”

Sainsbury’s currently has 11 branches in Gloucestershire. In Gloucester it will leave the store at St Ann Way, near Gloucester Quays, and its Barnwood store, along with other smaller stores, such as the one on Barton Street.

The closure of the little supermarket leaves only the Tesco Express on Southgate Street, the Marks and Spencer’s on Eastgate Street and the Iceland store in King’s Square as the supermarket giants with small branches in the city.