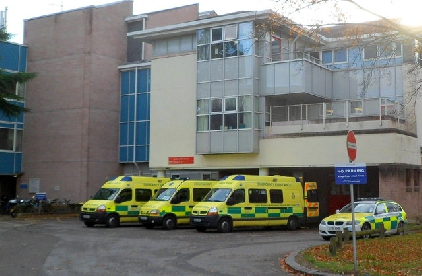 Cheltenham’s A&E department will remain temporarily shut until next Spring to prepare for a potential second spike in coronavirus cases.

Councillors gave the local hospital Trust the thumbs up for its plans’ to keep Cheltenham General Hospital’s emergency department temporarily closed until the end of March 2021 at a meeting today (September 15).

The town’s A&E was turned into a Minor Injury and Illness Unit (MIIU), operating 8am to 8pm seven days a week, initially for a period of three months in June.

Health bosses told councillors in a scrutiny meeting today that the temporary change will make Cheltenham “a very safe hospital”  as demand is predicted to increase over Winter.

Under separate approved proposals, Vale Community Hospital MIIU will reopen from 10am to 6pm in early October while the opening hours at other units – Cirencester, Stroud, North Cotswold, and Lydney – will increase until 8pm. But the MIIU at Dilke Memorial Hospital will remain closed.

Campaign group REACH have previously expressed concerns that the coronavirus pandemic was being used “as the pretest for a quiet downgrade” of Cheltenham General Hospital.

Councillors also agreed to ask Gloucestershire Hospitals NHS Foundation Trust to present a plan on how Cheltenham General’s A&E status will be restored.

Chief executive of the trust Deborah Lee said in the meeting: “Without these temporary changes we would be facing an even more difficult, challenging situation. Patient experience would be less positive.

“I have to draw us back to why do we have the model that we have, and it is about limiting routes of access to our hospitals as the pandemic evolves and cases start the rise again.

“As things stand we can only test patients on the front-door of one of our hospitals, and we do that very quickly and it makes out pathways very safe.

“It leaves us with a very safe hospital in Cheltenham to continue to deliver cancer care and diagnostics and imaging to vulnerable patients.”

The temporary extension comes at the same time progress is being made on a separate local NHS plan which existed before the pandemic, called Fit For The Future, and included an idea to permanently create a ‘centre of excellence’ of planned care at Cheltenham General Hospital.

Stroud district councillor Steve Lydon said in the meeting that the two plans running parallel is “confusing” for patients.

He said: “I think the six months temporary move is far better to do that than it is to do it ad hoc or monthly. People now at least know where they stand.

“But my general comment is understanding the differences. In my mind I have got temporary service changes, Fit For The Future and winter planning. They are all interlinked but how can we strip out the different facets that apply to each of those, because it is very confusing for patients.”