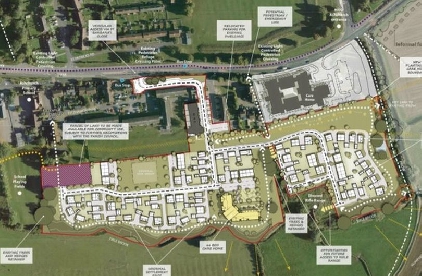 Ninety homes and a care home will be built on a disused rifle range in Tewkesbury after a bid was given planning permission for a second time.

The application returned to Tewkesbury Borough Council’s planning committee yesterday so the developer could contribute money to education in the local area via Section 106 cash.

S106 money is used to offset the impact of new developments and is paid to local authorities by developers when planning permission is agreed.

According to a council report, more than 90 pupils across pre-school, primary and secondary will be generated from the development and hundreds of thousands of pounds would be needed to mitigate the impact.

The new estate, including the 66-bed care home, will be built on Fitzhamon Park in Ashchurch, close to the Bristol to Birmingham railway line, after councillors voted through the plans by a majority of 13.

The land is sandwiched between two sites which already have homes approved to be built on, including 150 in the Linden Homes scheme and 45 homes in another plan.