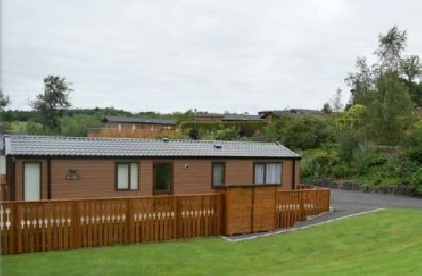 A five-star caravan and holiday park near Llanfair Caereinion has been given the green light to add another six lodges to its site.

A five-star caravan and holiday park near Llanfair Caereinion has been given the green light to add another six lodges to its site.

Dolgead Hall caravan and lodge park owners, the Pryce family, had applied for permission for an extension allowing for six new holiday lodges, native planting, installation of new treatment plant and associated works to be built there.

On completion of the project, it will take the site, which is located off the A495, at Neuadd Bridge, 1.5 miles northwest of Llanfair Caereinion up to 181 lodges and caravan pitches.

Agent, Russell Pryce of Pryce Planning and Development, explained the proposal in a planning statement.

Mr Pryce said: “The proposal concerns the change of use of land to accommodate an extension to the lodge park comprising of six new win units lodge pitches.”

He added that he saw as a “natural extension” of the Coed Dolgead lodge development that had been completed 13 years ago.

Mr Pryce said: “The proposed layout plan identifies the lodges positioned along the southern border at the field overlooking the fishing lake.

“The existing tarmac access road that serves Coed Dolgead will be extended into the field running to the rear of the lodges with parking bays provided parallel with the road.”

He added that there would also be new broadleaf trees planted to add to the woodland in the area.

Coupled with new hedgerow planting, this would help screen and integrate the development into the landscape.

All but one of the 175 caravans and lodges are for holiday use, one was granted residential use in the 1970s.

The park which is set in 100 acres and included part of a working farm, also has an extensive range of facilities, including golf, bowls, fishing, tennis, nature trails, play area and launderette.

“It has developed to become one of the top parks in the region and is rated with five starts from the tourist board,” said Mr Pryce.
Powys County Council planning officer, Luke Jones said: “It is considered that the proposed development fundamentally complies with relevant planning policy and the recommendation is therefore one of conditional consent.”