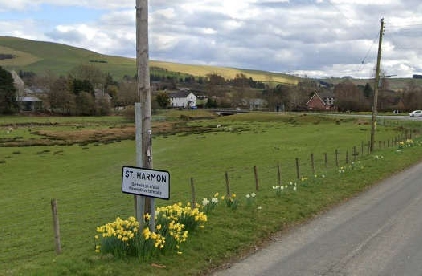 A community council will hold a special meeting soon to consider the contents of a critical Audit Wales report which highlighted financial irregularities and governance issues.

St Harmon is a small village in Radnorshire just under four miles north of Rhayader, and its community council is one of four community councils in Wales that have been singled out by Audit Wales for criticism.

Unlawful expenditure and inadequate governance arrangements were also found at councils covering Magor with Undy in Monmouthshire,  Llanpumsaint in Carmarthenshire, and Sully and Lavernock in the Vale of Glamorgan.

“Our audit found that the council had acted unlawfully when appointing its clerk/responsible finance officer, co-opting members, awarding grants, and contracting for the supply of services.

“We also noted that the council has failed to comply with various legislative requirements including those related to the preparation, approval and submission for the audit of its annual accounts.”

“These issues highlight serious weaknesses in the community councils, undermines public trust and has led to a waste of public money.

“I call on all town and community councils to take heed and learn from the important lessons within these reports so that communities in Wales get the services and the assurance they rightly deserve.”

A spokesman for St Harmon Council said that the body had only just received the report and needed to make the “necessary plans” to organise a council meeting to discuss it.

The report will be published on the council’s website.

In the report which is based on the audit of the council’s finances in 2018/19 Wales Audit make two recommendations.

That the council prepares and agrees an action plan to address

the numerous weaknesses and deficiencies in its governance and financial
management arrangements identified within this document.
The council should also consider whether there are matters raised in
this report that should be referred to the Public Services Ombudsman for breaches of the council’s Code of Conduct.

According to the report St Harmon council has already addressed some of the issues.

“Since her appointment a review of the council’s processes, policies and procedures has been undertaken.”

An action plan has been prepared and Wales Audit have been told that “many of these improvement actions have been completed, and others are in the process of being addressed”.