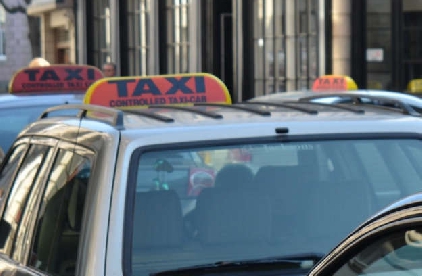 Taxi fares in Powys will rise by 11 per cent after councillors voted in favour of the hike.

At a meeting of Powys County Council’s cabinet on Tuesday, June 28 councillors discussed a report that proposed raising the hackney carriage fare.

The council has been asked by taxi firms for an increase in tariff fares for due to the spiralling cost of fuel.

There were 33 responses of which 31 were in favour of increased tariffs.

Cabinet member for a safer Powys, Cllr Richard Church said: “It’s rather inevitable that one of the first reports in front of us is one that is the consequence of the fuel and cost of living crisis.

“It’s understandable that our hackney carriage drivers have come to us to say that their fares which have been fixed since 2018  now need to be increased to reflect the increase in fuel.

“The increase they are seeking is approximately 11 per cent which brings fares in Powys up to roughly the average of other local authorities in Wales.”

Cllr Church said that if the increase was not agreed he “suspected” there would be fewer taxis around in Powys as people would leave the business.

Cabinet member for a learning Powys, Cllr Peter Roberts wanted the council to use their social media channels to push the new consultation, which will also be publicised in the newspapers that cover Powys.

“We don’t want accusations thrown at us that we’re hiding this away,” said Cllr Roberts.

Cabinet member for a greener Powys, Cllr Jackie Charlton wanted to see disability access groups included in the consultations so that they “understand” why the fare increase is needed.

Deputy council leader, Cllr Mathew Dorrance also wondered if for future reference it would be good to collect data on how people are using taxis.

Head of property, planning and public protection, Gwilym Davies told councillors that the report is about the “viability of businesses” rather than “affordability for users.”

Mr Davies believed that talks with access groups” on the issue of affordability could be looked at in future.

Councillors agreed to the increase and the changes will be subject to a two-week public consultation period.

The comparison with other local authorities in Wales is how much will a taxi fare cost for a two-mile journey.

At the moment in Powys the cost is £5.40 but under the new proposals. the fare will rise to £6 which is the Wales average.