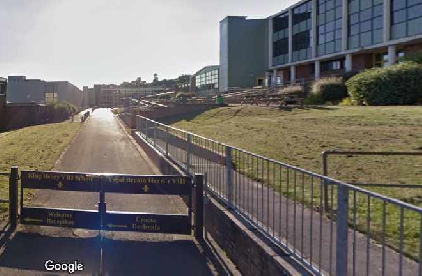 Parents and teachers can now have their say on plans to establish a new school for pupils aged four to 19-years-old in Abergavenny.

Monmouthshire County Council has opened a consultation on the proposal which would see the county’s first all-through school created on the site of King Henry VIII School.

Specialist provision for children with complex neurodevelopmental and learning needs will also be included, with accommodation for 71 pupils provided.

The school would replace Abergavenny’s Deri View Primary School and King Henry VIII School, which would form the respective primary and secondary elements of the new development.

Under the plans the new school would open from September 1, 2023, with Deri View and King Henry VIII Schools closing on August 31, 2023.

The new accommodation for the proposed school would be completed in May 2024 and all pupils relocate for September 2024.

A statutory consultation on the plans runs until June 8 of this year.

“An all-through school brings a number of potential benefits where transition between primary and secondary schools remain a key challenge,” it says.

“It is widely accepted that schools are able to raise attainment by establishing continuum of education from 3-19.”

The project represents an investment of £50.2 million, with 65 per cent of the cost funded by Welsh Government and 35 per cent by the council as part of its 21st century schools programme.

The plans would also enable Welsh medium school Ysgol Gymraeg Y Fenni to move to the current site of Deri View Primary School, allowing it to expand its provision.

The consultation will include sessions with pupils, staff, governors, parents from both schools and members of the community who will be invited to share their views.

To find out more about the consultation visit bit.ly/3tjj25W or email strategicreview@monmouthshire.gov.uk.