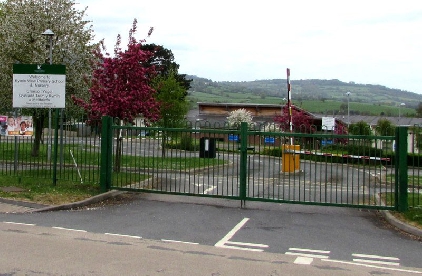 A decision on whether to have two Monmouthshire primary schools under the same leadership will be made next week by the county council.

Kymin View Primary School in Wyesham and Llandogo Primary School could be under the same leadership permanently if Monmouthshire’s cabinet gives the green light.

Under the plans, Kymin View’s head teacher would become ‘executive head’ of both schools and the governing bodies would merge. Both schools will keep separate budgets and will retain some level of autonomy.

The proposal was put forward after the head teacher of Llandogo Primary School resigned in May 2020.

A report on the proposal says: “There was no leadership structure in place within the school to appoint an acting head teacher and this is often the case in small schools.

“Head teacher recruitment is challenging across all phases now and to find a head teacher for a small school such as Llandogo Primary School would be difficult.”

It was at this stage that an agreement was made to consider this permanent from September 2021.

As part of the process, Kymin View’s headteacher became the “executive head teacher” for both schools from May 2020.

The council undertook a statutory consultation between November 30 and January 24 to seek views on whether to make this permanent.

The report says: “School federation is a structured way of extending collaboration and promoting closer working relationships and is the principal initiative for achieving a formal partnership between schools.

“It can be difficult to recruit head teachers to small schools such as Llandogo Primary School.

“Pooling a range of resources with a larger school can reduce the limitations placed on small schools.

“Federation works on the basis that both schools have their own particular strengths and advantages, be that staff, resources or facilities.”

A final decision will be made by Monmouthshire County Council’s cabinet on March 3. If approved, the governing bodies would merge and the executive head teacher role would remain in place for both schools from September 2021.