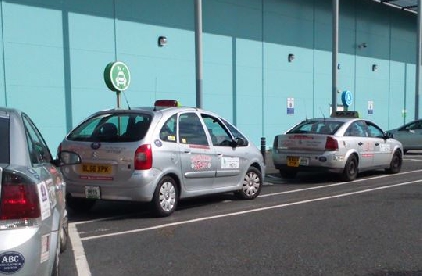 Hereford taxi drivers are banding together to deal with problems affecting their trade.

He says the penalty points system is not fair and there is no separation of powers between officers who issue penalty points for licence breaches and those who sit on the regulatory panel.

Mr Jones believes the creation of a new association could help deal with any issues cabbies have with the licensing authority.

“We need a voice for the council,” he said.

“It’s not about working against the council but working with the council. It’s a matter of the system being fair.

“Under the current policy, if you’ve got no proof of insurance on the vehicle they will give you two penalty points, which means you can carry on driving. This is a nonsense.

“However, for not declaring you have three points on your driving licence that’s an automatic 12 points on your taxi permit and means you have to go straight before the regulatory panel and you can lose your licence.

The same person who gives you the points sits in judgement over whether he should have given you them.

“It used to be elected councillors who sat in judgement, with the regulatory team and a solicitor always present. That was fine.”

A council spokeswoman said the taxi panel is formed of expert licensing, public transport and safeguarding council officers as well as a police representative.

“The chair of the panel was appointed in accordance with the policy and acted in the interests of public safety at all times, being particularly guided by the views of the police and safeguarding/social worker appointed to the panel,” she said.

A meeting open for all local taxi drivers to discuss forming an association is being held at 7.30pm at the Herdsman, Widemarsh Street, on February 12.