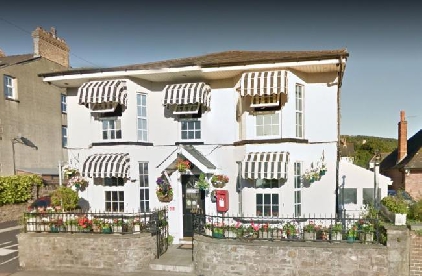 Plans to convert a guest house into supported living accommodation for up to five people in Abergavenny have been given the green light.

Proposals to turn the Black Lion Guest House in Hereford Road into a residential care facility, which will be managed by Melin Homes, were approved by Monmouthshire council’s planning committee at a meeting on Tuesday.

The scheme, funded by a £475,000 social housing grant, will support people to live independently but with some care from staff who will be on site 24 hours a day.

Monmouthshire council’s housing officers say there is an “urgent need” for such accommodation.

The building, which is currently vacant, will be converted to include five studio apartments and one staff room, as well as a communal lounge, dining room and kitchen.

Objections were lodged with concerns over ‘inadequate’ parking being provided.

The plans include widening the existing access to the site off Priory Road to provide three off street parking spaces, which meets council requirements.

Councillor Roger Harris gave his support to the scheme.

“The chances are there are going to be less cars there with this proposal than with the guest house,” he said.

“I’m afraid we have got to get over this problem the whole time that we should not have a development because we can’t park our cars.

“This is absolutely vital, it is providing a service for very needy people.”

“I can’t see a problem with it because the people who are going to be living there probably won’t have vehicles anyway,” she added.

“It will only be when somebody comes to visit them, so I wouldn’t have thought there will be any more vehicles now than when it was a guest house.”

People living in the home will be referred from Monmouthshire council’s social services team.

The application was unanimously approved.