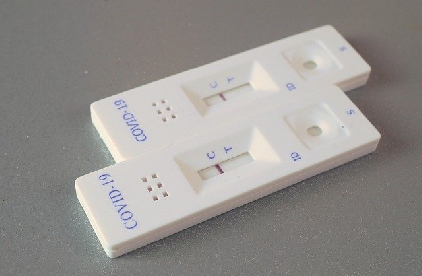 Shropshire Council has put plans in place to react quickly if any new virus variants of concern start to spread in the county.

In light of the situation in other parts of the UK where the Delta variant – B.1.617.2 – is spreading rapidly (previously known as ‘the Indian variant’), the council has been working closely with Public Health England (PHE) to prepare for any new variants of concern.

There have been two reported cases in Shropshire to date of the Delta variant, linked to clusters outside of the county. The people involved followed the guidance and self-isolated immediately.

It found the worst-affected areas continue to be Bolton, Bedford, and Blackburn with Darwen, which have seen 1,354, 366 and 361 confirmed cases, respectively, as of last week.

PHE added, however, that there are small numbers of cases of the Delta variant in most parts of the country.

In response, the council’s public health team has put in place cross-system measures to address any potential outbreak, and is well prepared to carry out surge testing if needed.

Last week, council officers from a range of service areas joined forces with partners from the fire service, police and NHS to carry out a multi-organisational training exercise. The exercise was designed to map out exactly how the council and its partners, including schools and businesses, would respond to an outbreak.

Rachel Robinson, Shropshire Council’s director of public health, said: "As a county we’ve been working very closely with our PHE and Department of Health and Social Care colleagues to prepare for any variants of concern."

"We have put in place strong cross-system structures to address any outbreak, including the capacity to undertake surge testing if necessary. We are also learning from other counties which have already had to respond."

"We currently have a low number of COVID-19 cases in Shropshire, but this doesn’t mean we should relax and let our guard down. We know that cases of the Delta variant is increasing rapidly."

"Throughout the pandemic, we have been very active in targeting and containing the virus, and this approach continues to be very important."

Measures such as following the hands-face-space-fresh air guidance, testing twice a week using a Lateral Flow Test if you do not have symptoms, and getting both doses of the vaccine when offered, are vitally important.

It is believed that the Delta variant is more transmissible than the existing previously dominant strain in the UK, B.1.1.7, now known as Alpha.

Dean Carroll, Shropshire Council’s Cabinet member for public health, said: “Shropshire residents have stepped up to play their part to stop the spread of coronavirus – but it’s not over yet.

“While the situation in Shropshire is stable at the moment, you only have to look at other parts of the UK to see how serious the Delta variant is.

“Plans are in place if we do need to respond to an outbreak, but we all must continue to play our part and keep our communities safe.”