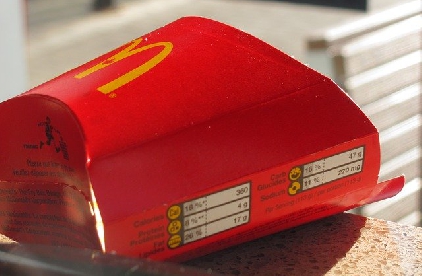 Ross-on-Wye town council has voted to object on a number of grounds to the planned McDonald’s restaurant on the northern edge of the town.

“Our main concern is the impact it would have on the vitality of the town centre,” she said. “That is central to the NDP, which McDonald’s doesn’t seem to have even acknowledged.”

She added: “Town centres are fragile places. We want visitors to come into the town, and locals to frequent it in the evening.”

The plan, approved by voters in the town in 2019 and covering its development through to 2031, has a “Resisting Out of Town Retail” policy.

It says all schemes with a gross floorspace of 400 sq metres (or more) must be accompanied by a retail impact assessment. The planned restaurant, while not retail, would have a gross internal area of 401 square metres.

Ross Business Association secretary Sue Williams said that, having only just found out about the proposal, she would be contacting all association members, but that residents had already brought the proposal to the attention of local restaurants and takeaways.

Coun Roberts added: “The NDP also says new developments should be of good design, but the restaurant design and signage is not at all what we would want to reflect and promote the town.”

The supporting statement submitted by the fast-food chain with its application says simply: “The McDonald’s design team have taken into account the site-specific design background of the local environs.”

The proposal also raises questions of road safety given its proximity to the John Kyrle High School, whose pupils would be attracted to it at the busy intersection of the A40 and A449, she said.

The consultation on the proposals, which ends tomorrow (September 16), has already drawn 75 letters of objection.