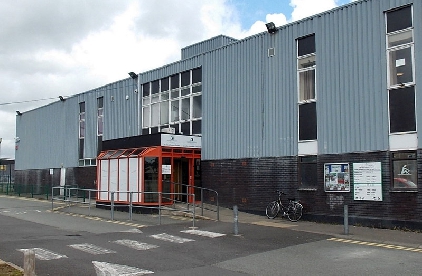 Revised plans for a £6.3 million revamp of Caldicot Leisure Centre have won the backing of councillors in Monmouthshire.

But it will not see the leisure centre extended, as originally planned, after the costs of the original refurbishment spiralled to £8.3million.

The council says the scheme will increase membership at the leisure centre to generate income and provide it with a sustainable future.

Membership at Monmouth Leisure Centre is said to have trebled since a £7.4 million revamp of facilities.

But at a full council meeting on Thursday, some concerns were voiced that the scheme ‘short-changed’ the facility.

Liberal Democrats and Caldicot Castle ward councillor Jo Watkins called for the authority to consider the £8.3 million scheme if it provided value for money in the long-term.

“Let’s not short-change ourselves by underinvestment in Caldicot,” she said.

Cllr Watkins questioned whether the scheme would address issues with the leisure centre’s swimming pool, which have seen it close in the winter, claiming the plans offered only “a cosmetic improvement” of the pool.

Concerns that squash facilities would no longer be provided were also raised.

Caldicot councillor Tony Easson also suggested the council look at further improvements to the leisure centre, arguing the authority would be investing to make profit in the future.

But council leader Cllr Peter Fox urged councillors not to “do ourselves down.”

“To put that into context you can build a whole brand new primary school for £4.5 million to £5 million.

“This is not peanuts being spent on an old barn in Caldicot, this is a fantastic investment and a huge investment that needs to be welcomed.”

The council is also planning improvements at Chepstow and Abergavenny leisure centres.

A feasibility study to upgrade fitness facilities at the Chepstow facility is being undertaken, with the council spending £30,000 on preliminary investigative and design work.

Councillors supported an option to go ahead with £6.3 million revamp scheme at Thursday’s meeting.