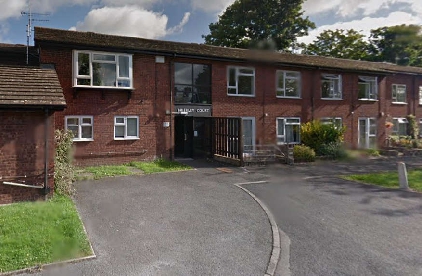 A housing association has been charging retired tenants tens of thousands of pounds for a communal room they lost access to seven years ago, according to a resident.

Trevor Childs, of Brierley Court, a retirement property off Turner Street, Hereford, said: “We still pay for the room even though Connexus now use it as a training centre.

“We are fed up of it, they leave the windows open and the lights on, and we are also paying for the heating and lighting.”

His current charge schedule indicates he and the other 27 residents pay £3.08 a week for “communal room/facilities”.

He also believes that at least some of the £1.18 weekly communal heating and lighting charge and £1.39 cleaning charge relate to the communal room, suggesting that residents have between them paid more than £30,000 over the past seven years for a facility they could not use.

Mr Childs still has a December 2013 flyer from the association, then called Herefordshire Housing, inviting residents to use and be trained on three computers with free internet in the room.

“But then they sold off the computers and even the large table we used to eat our fish and chips around,” according to Mr Childs, a former Royal Marine and resident since 2006.

After his local councillor Jeremy Milln intervened, Connexus head of communities Gary Darlington said the company would meet residents at the property.

On what he hoped the outcome of this would be, Mr Childs said: “Sorry doesn’t cut it. The best way to make amends would be a rent rebate.”

A Connexus spokesperson said: “We have been made aware of Brierley Court tenants’ concerns about their service charges.

“We are committed to resolving these issues and intend to meet with tenants on September 30 to further discuss their concerns.”