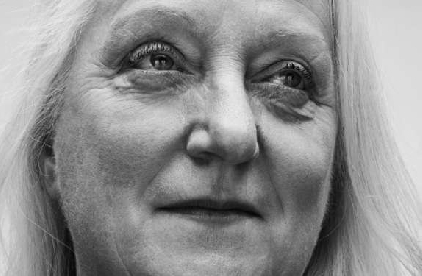 People are being invited to visit a thought-provoking photography exhibition telling the stories of some of Midlands Air Ambulance Charity's most critically ill and injured former patients.

The exhibition opened today at Hereford's Old Market and will remain on display until tomorrow (Saturday).

It has been commissioned by the lifesaving, pre-hospital emergency service to commemorate its 30th anniversary. It uniquely highlights how Midlands Air Ambulance Charity's clinical and operational skills and expertise has evolved during the past three decades, told in pictures and the words of former patients.

The outdoor exhibition features photography of and case studies from 17 of Midlands Air Ambulance Charity's former patients, including those treated on-board one of the charity's three helicopters and those attended by the charity's critical care cars, one of which is based in nearby Worcestershire.

The stunning visuals were captured in black and white by renowned fashion and lifestyle photographer, Nik Hartley, whose list of prestigious clients include British Vogue, Elle Italia, Karl Lagerfeld and Tommy Hilfiger, amongst others. 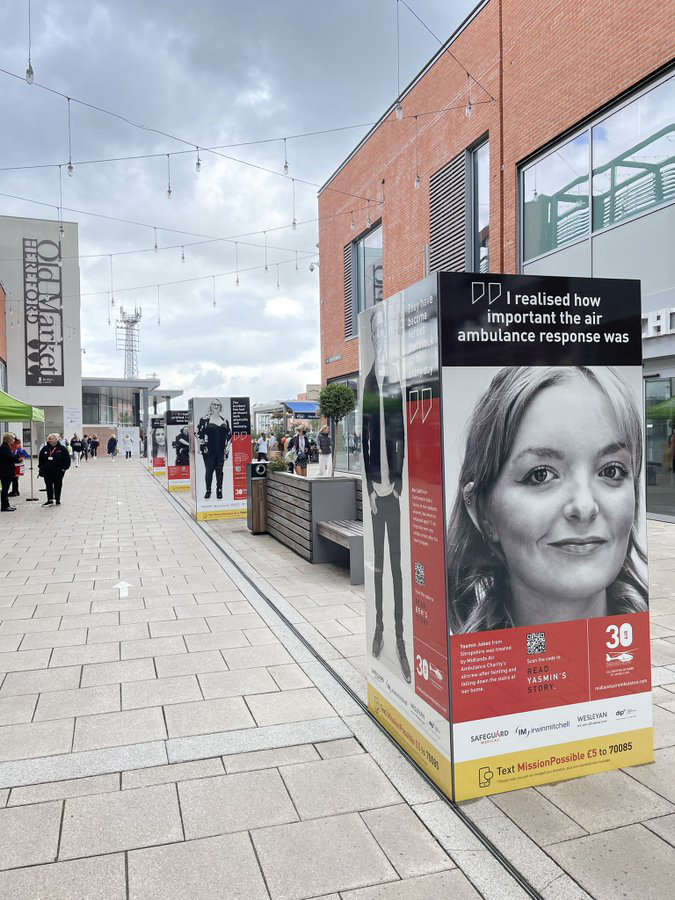 Emma Gray, chief operating officer for Midlands Air Ambulance Charity talked of the event: "For our 30th anniversary, we wanted to showcase our service in a different way, and we are delighted with the photography captured by the talented Nik Hartley, it's stunning and powerful. This exhibition will help us commemorate 30 years of lifesaving service, whilst celebrating the courage and bravery of former patients, who have been treated by our specialist crew, by telling their survival stories.

"We hope that this activity will put a spotlight on our lifesaving service, for which demand is set to increase, in line with the region's growing population base. Additionally, the type and nature of missions are becoming increasingly complex, meaning our pre-hospital emergency care service is needed more than ever.

"We would like to thank all of our former patients who have kindly taken part in this project and thank our event partners for enabling us to bring this exhibition to life."

Mary Seldon, Herefordshire fundraising executive for Midlands Air Ambulance Charity, has had first-hand experience of the critical care skills and medical intervention provided by the charity’s lifesaving aircrews, after falling whilst on a rural walk with her husband, Alan, and their two spaniels.