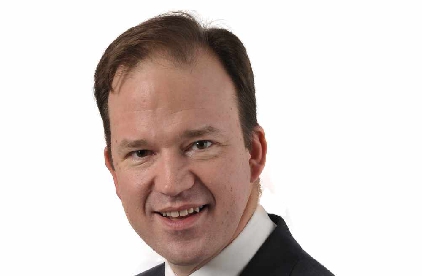 Hereford and South Herefordshire MP Jesse Norman has blasted the local enterprise partnership for undermining and ignoring plans for a new university in the city.

Mr Norman told Parliament the Marches LEP, which was set up to support economic growth in the region, has been absolutely diabolical in the way it has treated the New Model in Technology and Engineering project.

However, the LEP rejects these claims and says it has enthusiastically supported the project and approved £8m of public funding for the scheme last year.

“This important opportunity for a portable model of regional growth in higher education, which was developed through a pioneering model of tech and engineering at university and which offers possibilities and creativity, has been ignored and is being actively undermined,” Mr Norman said.
“I am sorry to tell colleagues that the Marches LEP—I say this having had at least a year of wrestling with it on this topic—has been absolutely diabolical in the way it has treated this very innovative project.

“The LEP, which by charter is supposed to support economic growth in the Marches, has done nothing but prevaricate and delay.

“Even now, it is seeking to impose a £5 million indemnity on Government investment, although the Government made it clear in letters from the Secretary of State and from senior civil servants as early as January 2019 that no such indemnity was required.

“The specific people involved—the then chairman of the LEP, Graham Wynn, and the chief executive, Gill Hamer—should be subjected to significant criticism in the House.”

Mandy Thorn MBE, Chair of the Marches LEP said they fully recognise the transformative opportunity that NMITE offers to Hereford and the wider region.

“It has enthusiastically supported the project and its aims since its inception and backed a formal bid for Government funding,” she said.

“In the last nine months alone, the Marches LEP Board has approved £8m of public funding for NMITE, which has already funded the transformation of a former school into a learning centre for future engineers.

“This is a highly innovative and ground breaking project involving partners from the private and public sector together, with significant public funds being invested, and there have been complex issues to work through.

“The LEP team and its leadership remains committed to working with those partners to enable this project to succeed.”