More market stalls to be allowed in Chepstow town centre 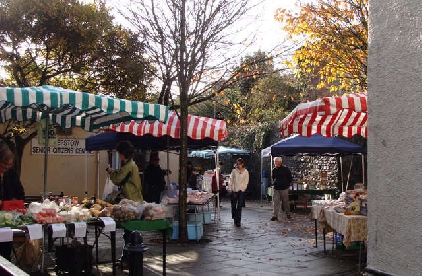 © Copyright Ruth Sharville and licensed for reuse under this Creative Commons Licence.

The changes will allow more stalls to be held around the High Street, while an extra hour of trading will also be allowed on Fridays.

An application, requested by Chepstow Town Council, was approved by Monmouthshire County Council’s licensing and regulatory committee on Tuesday.

Lucy Allen, clerk of Chepstow Town Council, said the markets run by Green Top Events have grown in popularity and that the changes would allow further expansion.

“The market has really grown and is bringing lots of outsiders into Chepstow at the weekend,” Ms Allen said.

“They have requested to increase the number of pitches because they have got a waiting list.”

The changes will see the number of pitches increase from 14 to 39.

This includes increasing the number in Beaufort Square from four to eight, in Bank Square from two to six, in Cormeilles Square from five to 10 and in Manor Way from three to 15.

Trading hours on Friday will be allowed until 7pm, which is an extension of one hour.

Ms Allen said the change has been made ahead of events being planned for the Queen’s platinum jubilee next year.

A range of products will be offered from the stalls including food and drink, crafts and vintage goods.

At the licensing meeting, Cllr Jamie Treharne asked if the proposed changes had taken account of social distancing being in place.

Ms Allen said that a one-way system would continue to be in operation, and that a Covid-19 risk assessment is carried out by Green Top Events.

Cllr Richard Roden asked whether the stalls would impact on disabled access, and Ms Allen said this would be provided with access and parking in Upper Nelson Street.

Ms Allen also confirmed that Chepstow Town Council would not make any profits from the markets.

The street trading consent lasts for 12 months and can be renewed.