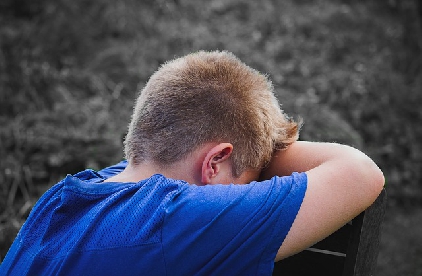 A Shropshire children’s home where it is alleged a child was dragged across the floor by a member of staff has been closed down by its operator after being branded ‘inadequate’ by Ofsted.

Cambian Childcare has confirmed it has shut and de-registered the home following an inspection in which the regulator found “serious and widespread failures”.

The home, which cannot be identified, was registered to care for up to five children aged eight to 18 who had experienced early childhood trauma, but Ofsted cut its registration to two children after the inspection in April.

The resulting report, published this week, said children were “at risk of significant harm” due to management failings, staff were not given adequate training and supervision, bullying was not dealt with and hazards within the home environment were not identified.

The full inspection followed two monitoring visits in January and March, which were carried out in response to concerns reported by a member of staff about an incident in which a colleague had allegedly pulled a child across the floor by their arms.

Inspectors also found children were made to isolate alone in their rooms for 10 days when cases of Covid-19 were confirmed at the home.

Two compliance notices were issued after the first monitoring visit in January, relating to protection of children and leadership and management.

The new report said these had not been addressed, and inspectors issued a further two compliance notices relating to restraint and deprivation of liberty, and behaviour and management policies and records.

The report said: “Children are not protected from harm or the risk of further harm.

“The provider has failed to meet the compliance notices issued at the last inspection, and this has led to the judgement of inadequate.”

The report said one child was demonstrating “major sexualised behaviours” and staff were “ineffective” in managing this.

“In addition, staff have not completed direct work with the child to address this behaviour and to help reduce the impact of this behaviour on other children,” the report said.

Inspectors said the home had an “institutionalised” feel and the home environment was putting children at risk, including fire doors not closing properly and a failure of staff to notice the cord was missing from the blinds in the room of a child who had previously self-harmed.

Allegations against staff members were not dealt with effectively, including a recent incident in which a staff member continued working with the children after an allegation was made following a restraint incident.

The report went on to say restraint practice was “poor”, including the use of ground holds which were not in the provider’s approved model of restraint and in which staff had not been trained.

One child had sustained injuries during a restraint because “staff were not in agreement with what strategies to use and did not work effectively together”.

The registered manager, despite being the subject of an internal investigation relating to the findings of the previous monitoring visits, was still working as a shift leader and was not subject to additional monitoring or supervision.

The report added: “Due to the concerns raised at this inspection, an urgent notice to vary the conditions of the setting has been served, which reduces the number of children who can be accommodated from five to two. In addition, four compliance notices were issued.”

Following the inspection, Cambian Childcare voluntarily closed the home and de-registered it with Ofsted last month. The two children who were living at the home have been moved to other placements.

A Cambian Group spokesman said: “We have been very disappointed that we have been unable to deliver the quality of care that we expect in this home.

“We have taken the proactive and difficult decision to close this home.”