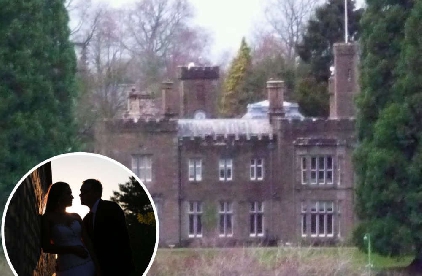 One of Herefordshire’s most exclusive rural properties has eventually won permission to host weddings and other events.

First lodged in 2019, the application, by Mr & Mrs Sideras of Pudleston Court near Leominster, sought permission to use the grade II-listed property as a temporary events centre, and for extra 40 parking spaces.

The application claimed the move would create five full-time and 18 part-time jobs locally.

An earlier planning application to build a dedicated events centre 100 metres from the house, intended to cater for up to 150 guests, was given permission in early 2019.

But this has yet to be implemented, and permission was sought to host weddings and other events in the main house instead.

These would take place on the ground floor of the house, with upstairs rooms, along with holiday cottages in the grounds, providing guest accommodation.

Such events would be smaller than those that the separate new venue would cater for, the application says.

But the separate events venue is still planned, funded by the interim use of the main house, it explains.

The council’s planning offer said the proposal “would ensure that the listed building is not left empty and is properly maintained, and would enable the public to appreciate and enjoy it”.

It would also “provide valuable income to assist in the ongoing upkeep of the estate, providing local economic and social benefits to the area”.

The decision approving the bid said the venue will be limited to 38 events a year, with a maximum of 150 guests at each between noon and midnight only.

The couple must first submit a travel plan and noise management plan, and the permission will cease in April 2026.

Built in 1846, Pudleston Court was used as a hospital for recovering serviceman during World War Two, and then as a mixed community special school run by Herefordshire County Council until the late 1980s, after which it reverted to being a private residence.

Until 2011 it belonged to the late supermarket millionaire Albert Heijn, credited with introducing barcodes into shopping.

There was then speculation that the Duke and Duchess of Cambridge were interested in the property shortly after their wedding.

The current owner, George Sideras, is believed to have made his fortune in healthcare.