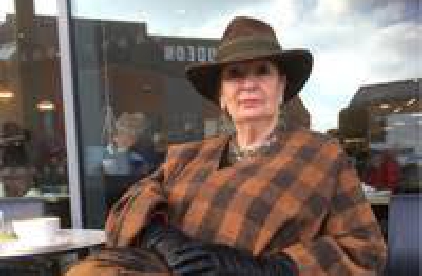 Former Hereford mayor Marcelle Lloyd-Hayes has been given the freedom of the city.

Marcelle decided not to stand in the May council elections to make way for new councillors after 24 years representing city residents.

She moved to Hereford in 1982 and was a Liberal Democrat councillor before becoming one of the founder members of It’s Our City which went on to become It’s Our County.

She said it was an honour and very memorable occasion to receive the freedom of Hereford.

“I have been very blessed to work with so many colleagues, officers and friends over the past 25 years, which has allowed me to achieve so much,” she said.

Current mayor Kath Hey nominated Marcelle for the honour of Freedom in Hereford.

“I wanted to celebrate her contribution to Hereford over many years working on a vast number of projects.

“She has worked tirelessly for the good of the city and is respected for her determination and passion.

“Marcelle is probably best known in the Tupsley area for her long-standing refusal to accept that the closed pub in Whittern Way should be allowed to slip into decay and run.

“Persistently challenging Herefordshire Council and confronting much opposition in the early days, she secured the premises for community use and was a major player in the ongoing development of a community group to bring the dream to reality.

“She remains involved to this day in the life and work of what is now a hugely valued community hub.

“She has ahad a very long and active inolvement in the life of Close House and historic press cuttings record her involvement on major redecoration and restoration work to bring the premises into use as the city’s only dedicated youth centre.

“When two young men complained to her that the police had confiscated their skateboards for riding them down College Road and then into Pen Grove road, the then councillor Lloyd-Hayes got involved in finding them somewhere safe to pursue their hobby.

“She was instrumental in starting up the group that was to become Wheeled Sports 4 Hereford and although her role was taken over during her maoral year by another councillor, her drive in getting the whole project started was significant in its later success.”