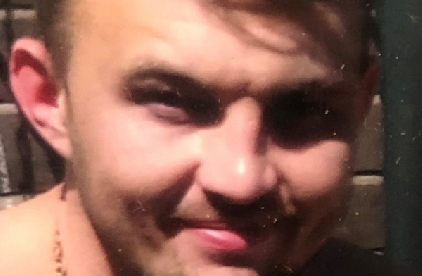 Five teenagers have appeared in court over the robbery and murder of a 26-year-old man in South Wales.

Ryan O'Connor was allegedly seriously assaulted before being found unconscious and unresponsive in Balfe Road in Newport just after 9pm on Thursday.

The 26-year-old was later pronounced dead by paramedics from the Welsh Ambulance Service.

They include Lewis Aquilina, 19, of Riverside, Cardiff, Elliot Fiteni, 19, of no fixed address, and Ethan Strickland, 18, of Caerau, Cardiff.

Two 17-year-olds cannot be named for legal reasons due to their ages.

The defendants spoke only to confirm their names and ages.

During five individual hearings, each defendant was told they are charged "jointly with others" with the murder of Mr O'Connor and accused of having robbed him of "a Gucci bag of a value unknown".

All five were remanded in custody and will appear at Newport Crown Court on Tuesday.

Ryan’s family are receiving support from specialist officers, and have issued the following tribute to him:

“Ryan was a loving and caring person. He has left us far too soon, and he will be greatly missed by all of us.

“He was loved by his family and the local community, which is reflected in the support that we’ve received from them at this difficult time for our family.

“The whole family would like to thank everyone for the kindness they have shown us so far.

“We would urge anyone with information to work with the police and assist their investigation in any way they can.”