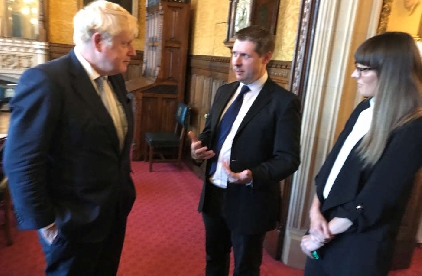 Some of Monmouthshire’s most deprived areas have not been considered for funding aimed at tackling inequalities across the UK, it has been claimed.

But Labour councillor Armand Watts, who represents the Thornwell ward in Chepstow, says there has been a lack of transparency over the selection process.

Monmouthshire council said it had considered options “across the county” for the funding.

The submission for Caldicot includes £8-million on an upgrade of the leisure centre, the acquisition and redevelopment of a major retail block in the town centre and improving town centre and active travel links.

A report which went before the council’s cabinet in June said “an extensive list of options” was drawn up by the local authority and that this was “quickly reduced to focus on two geographical areas”.

In May, consultancy firm ARUP submitted an application to support the county council in its bid for the Levelling-up Fund.

A list of “possible projects” being pursued by the council included Shire Hall and Market Hall, town centre improvements and improving active travel and public transport.

Cllr Watts said it was not clear which other projects were considered and claimed the process had been “completely undemocratic”.

“We would have liked to have put forward our own proposals for some form of economic regeneration in Chepstow,” Cllr Watts said.

“There are areas with significant deprivation in the county which are in need of economic assistance.

“Unfortunately we were not given the opportunity to be part of the application.

“We feel that, on behalf of the community, we have been ignored again.”

Cllr Watts has raised questions over the selection of Monmouth for the bid, saying areas elsewhere in the county have higher levels of deprivation.
Monmouthshire council is currently awaiting the outcome of its bid.

Cllr John said: “We were able to explain to the Prime Minister our ambitions for our county and how our bids to the Levelling-Up Fund, which include a brand new leisure centre for Caldicot, would help improve the quality of life for local residents.

“As a gateway into Wales, Monmouthshire is strategically placed and it’s really important that as a council we’re forging strong links with governments in both Cardiff and London.”

A spokeswoman for Monmouthshire County Council said: “The council has explored funding options across the county within the realms of the criteria presented within the Levelling-Up Fund.

“The submissions for Caldicot and Monmouth have been deemed the most appropriate and suitable for an award within this criteria for this year.

“We continue to explore other funding options aimed at supporting all our communities.”