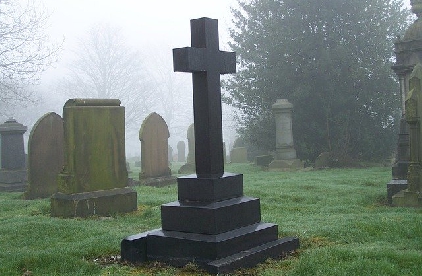 Cremation fees in Gwent could increase by 7.5 per cent in the next financial year under budget proposals set to be considered.

The price increase, to be decided by the Greater Gwent Crematorium joint committee next week, would see the standard cremation fee rise from £770 to £828.

Newport council is requesting the increase in fees to generate £125,000 additional income shared between itself and other Gwent councils, and to take prices to the same as competitor’s levels.

The nearby Langstone Vale Crematorium, for example, charges £815 as a standard fee, while nationwide only 48 crematoria have lower fees than Gwent, out of 299.

But the proposed rise comes after fees in Gwent went up by 12.5 per cent for this year.

The increase in fees also comes alongside significant reductions in the number of cremations in Gwent, averaging a loss of 50 per month.

Numbers are expected to continue to fall, with 2158 predicted in this financial year and 2,000 in the following year.

A council report warns that further rises in cremation fees after this year may not be sustainable.

“Whilst a small inflation related increase would be the prudent option given increased competition, an increase of 7.5 per cent in fees and increased distribution could be sustained for 2020/21 assuming that the drop off in activity was not too great,” the report says.

“However the ongoing sustainability of this cannot be guaranteed and the committee may well need to approve lower surpluses in the future.”

If cremation numbers fall to the predicted 2,000 next year, the recommended 7.5 per cent increase in fees would not generate the target of £125,000 extra income.

A report says an 8.5 per cent price increase would be required, based on these numbers.

Meirion Rushworth, Newport council’s chief financial officer, says in the report the fee increase would mean the crematorium loses any “price advantage” over others in the area, and that alternative ways of sustaining numbers should be prioritised.

“The downward trend in cremations and activity at this crematorium is a worrying trend,” Mr Rushworth says.

“The committee agreed to look at a plan to enhance/improve the facility so that it at least matches or improves on facilities elsewhere.

“That work is outstanding still and is recommended to be completed as soon as possible.”

The Greater Gwent Crematorium joint committee will consider the proposed fee increase at a meeting on Wednesday.