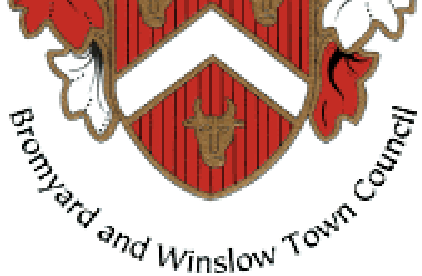 Graham Collins and David Masters were voted in by councillors ahead of Helen Campbell and Paul Weaver.

Mr Collins, 66, a former police officer who moved to the town in July said he is committed to public service.

“I have a strong commitment to charities that are associated with helping former members of the Armed Forces,” he said.

“I think it’s my breadth and depth of dealing with people. I’m a very good listener and I do understand people’s tensions and perspective.

“I am absolutely committed to public service.”

Mr Master, who is originally from Matlock Bath in Derbyshire, moved to Bromyard in 2015.

He has a background in the tourism industry and believes he can bring new ideas to the town.

“I was approached by Wyldecrest Parks to oversee the post acquisition of Saltmarshe Castle and put in place policies and procedures.

“I like to think there has got to be new ideas brought into areas. Whether its bringing leisure and tourism or just the visitors or a different type of shop or thing on the High Street.

“The High Street is dying because of the internet but towns can’t lose their character. While you’ve got to bring in modern ideas, you’ve still got to keep its legacy.