Council tax increase of 3 per cent expected in Herefordshire 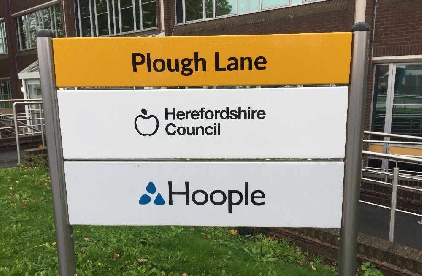 Herefordshire’s Council Tax is set to go up by just under 3 per cent from April, the council’s chief finance officer Andrew Lovegrove has said.

“The proposal going through to full council in a few weeks’ time is that the Council Tax increase is 2.99 per cent,” he told this week’s children and young people scrutiny committee.

“That is 1.99 per cent for the general Council Tax needs of the council, and 1 per cent for adult social care grant, which we are entitled to raise.”

Children and young people, not counting schools, account for around an eighth of council spending.

Corporate director for children and young people Darryl Freeman said the proposed budget for these services would rise by £4.2 million to £41.1 million in the next financial year, not counting a further £6.8 million the department gets from other sources.

This will come on top of a £4.8 million budget increase for the department in the current financial year.

“There is significant (cost) pressure on looked-after children,” Mr Freeman said, explaining this was not due to growing numbers of children coming into care, but rather “pressure on placements”.

“Many of the children in our care have incredibly complex needs, and sourcing an appropriate placing or home for those children is a real challenge for us,” he said. “It’s a competitive market and we have few local options.”

Meanwhile recruiting and retaining staff “is becoming increasingly competitive and difficult, locally, regionally, and nationally”, his report for the meeting said.

Last April, Herefordshire’s Council Tax went by 3 per cent specifically to cover the rising costs of adult social care, on top of a 1.99 per cent general increase.

This was due to bring in around £113 million, which amounts to around 30 per cent of the council’s costs for the year. Councils are required by law to set balanced budgets.

The actual amount which Herefordshire Council collects also includes three other “precepts” over which it has no control, set by residents’ parish and town councils, and police and fire services.

Earlier this week, Kington Town Council approved a 5 per cent rise in this precept to £117,500.

Other income sources will bring its forecast income up to just under £140,000 for the financial year ahead, the meeting heard.

The announcements come at a time when prices generally are on the rise. The most recent Consumer Prices Index shows prices rose by 5.1 per cent in the 12 months to November, the highest such figure in a decade.

Meanwhile a national poll of 1,500 people this week found their savings and disposable income had both declined quicker in the final months of last year than at any time in the past seven years.