Council meeting cancelled due to lack of councillors 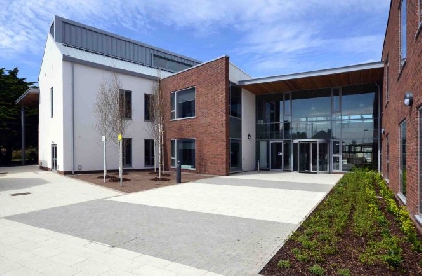 A Monmouthshire council meeting called to discuss employment and skills projects in the county has been cancelled due to a lack of available councillors.

A special meeting of the county council’s economy and development select committee was not able to legally take place on Thursday.

Seven of the ten councillors on the committee offered apologies for absence, according to Monmouthshire council’s website.

The quorum of a select committee is three members.

Cllr Paul Jordan, chairman of the committee, apologised to council officers and the cabinet member at the meeting.

He said: “Unfortunately because this meeting is not quorate we are not able to proceed with the meeting.

“It will be adjourned until the next full economy and development select committee.”

A report was due to be discussed on employment and skills projects, which had been postponed from a meeting on September 7 as the committee had “a significant workload”, according to council minutes.

The report presents an update on the projects being delivered by the council’s employment and skills team and offers councillors the opportunity to scrutinise proposals to re-develop the team’s web presence.

The team, which has been restructured, is leading on projects with an estimated value of £2.4-million in this financial year.

Projects being delivered include Kickstart – a programme developed in response to Covid-19 aiming to create thousands of new jobs – and InFuSe, a scheme aiming to build skills and capacity for innovation in public services across the Cardiff Capital Region.

Cllr Jordan said members were unable to attend for a range of reasons including illness, a family death, caring responsibilities and work commitments.

“All of these unfortunate events happened to come together, but fortunately it’s not a time-sensitive report and it will now be discussed at the next meeting in October,” he said.

The report will be discussed as the first item of business at the select committee meeting’s next meeting on October 21.