Census: Quarter of county now over 65 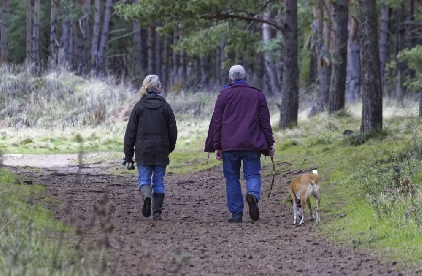 Older people make up a bigger share of Herefordshire’s population than ever before, newly published figures from last year’s national census show.

The trend to an older population is reflected nationally, with 18.6 per cent of people aged 65 years and over in 2021 across England and Wales, up from 16.4 per cent a decade earlier.

The English authority with the highest percentage of over-65s is North Norfolk, where they now account for one in three of the population.

The figures also show that Herefordshire remains relatively sparsely populated by national standards, with 86 people per square kilometre, placing it 19th out of 331 local authority areas.

Neighbouring Powys has just 26 people per square km, placing it joint lowest with Eden in Cumbria in regions with the lowest density nationally.

England now has a population of just under 56.5 million, up 6.6 per cent from the figure of 53 million a decade ago. Wales, with smaller growth, now has 3.1 million people.