Bakery plans for church get the go-ahead 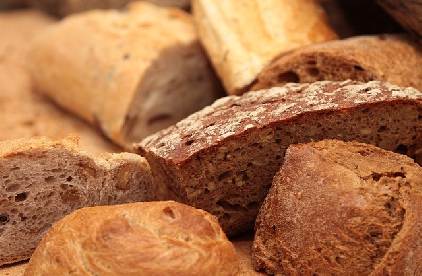 County planners have given the go-ahead for a village church to be converted into an artisan bakery and café.

The plans for St Michael’s church in Brampton Abbotts near Ross-on-Wye will also allow for its use as a place of worship.

The church has been closed since 2008 due to an unsafe roof, but the building has since been restored thanks to volunteers who fundraised more than £215,000 to pay for the repairs.

The scheme includes internal works for a bakery and café and will include the creation of a mezzanine floor using the fabric of the pews found within the grade II* building.

However, some 21 people objected to the scheme along with the parish council.

They raised concerns over the lack of available parking, potential disturbances due to early operating hours, extra light, and noise.

Parish council chairman Robert Lewis said: “An artisan bakery is not a suitable project for a historic building like St Michael’s Church.

“Concerns were raised about the term of light industrial use in the planning application and how this would adversely affect the community.”

David Teague, speaking on behalf of a group of concerned residents, said the plans should not be approved in their current state.

“The church is in an idyllic, unique and quiet rural area in an area of outstanding natural beauty and in close proximity to a group of houses,” he told the planning committee.

“Allowing the bakery to be in use for six days a week with start at 4am and the café/restaurant open every day up to 10pm on a Friday and Saturday has to be excessive.

He also raised concerns over the lack of parking at the church.

Hereford archdeacon Derek Chedzey, who spoke in favour of the plans, said they had the support of the Diocese of Hereford and the Church Commissioners.

“This plan has not come out of the blue, it has had a long and careful history with many options being rejected on the way,” he said.

“Over £400,000 of grant funding was obtained to restore the building.

“This application has significant public benefit. Historically churches were community facilities and there is strong evidence from across the country that many churches often had brew pits for beer and bread ovens to provide food for the poor.

“They would have been at the heart of the community, not just for life events such as births, deaths, marriages and worship but as social gathering places and community spaces.”

However, ward councillor Barry Durkin warned there was no agreement with the parochial church council for the use of the car park.

“I have had email from a member of the PCC that says about the heads of terms for the car park lease have been agreed – this is not accurate.

“The email says they have agreed several key terms but have several points outstanding.

“As it stands, all the flow of traffic and parking would rest on that very narrow lane.”

However, despite the concerns from residents, the parish council and ward councillor the committee approved the scheme by 10 votes with one abstention.

The plans will go-ahead subject to the applicant securing an agreement regarding car parking.