Gloucester will not bid to become UK City of Culture 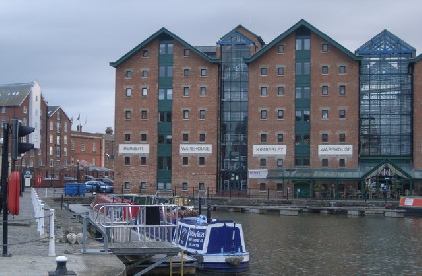 Gloucester will not be submitting an expression of interest to bid to become the UK City of Culture in 2025.

The city council had planned to submit its Gloucester for Gloucestershire bid which would have included a year-long series of cultural events.

But city council leader Richard Cook (C, Kingsway) says they decided against the idea and will instead focus their efforts on delivering cultural improvements.

He said some 28 other cities had submitted expressions of interest and he did not feel Gloucester had a compelling narrative to win over the judges after the Government made changes to the bidding rules.

“We’ve decided ahead of it that we don’t think we ought to invest all the time and energy that it would take to deliver something like that successfully,” he said.

“Instead, we will keep our minds focused on doing things that are more local and trying to keep a recovery going within the city, not only in regeneration but in terms of culture and leisure.

“We came to this after sitting down and reflecting on the amount of time and effort that it would be to try and get shortlisted.”

He said the city council did not think it was viable to submit a bid last year when the Gloucester Culture Trust who would have been leading the bid decided that it would not be worthwhile.

However, the council was initially optimistic after the local elections in May and said earlier this month that it intended to do so.

However, Councillor Cook said there was not enough time to consult properly with partners over a Gloucester bid for Gloucestershire.

“We saw that the Government at the end of May changed the bidding rules so instead of it being around a single city just like Gloucester bidding for Gloucester or Coventry for Coventry as has happened in the past,” he said.

“We would now be in a position in bringing more partners from around the county.

“I took the opportunity to tell the other councils that we were considering a Gloucester for Gloucestershire bid and the answer was generally supportive and the county council would have liked to support it as well.

“But we struggled when were trying to write a narrative which would make sense to people who are London-centric looking at green and leafy Gloucestershire.

“What we could write for Gloucester would not necessarily be relevant to Cheltenham, the Forest of Dean and the Cotswolds.

“There just wasn’t time in the six weeks we had to get consultation and everyone sat down together to deliver that narrative that would be persuasive. We just couldn’t get the words right.”

He said the council’s bid would have cost in the region of £5m and instead will be concentrating their efforts on delivering cultural improvements within Gloucester.

A joint statement on behalf of Gloucester City Council and Gloucester Cultural Trust said: “While the City of Culture title undoubtedly brings new opportunities and Gloucester was proposing a truly ambitious cross-county approach we have decided on reflection to concentrate our resources on delivering the city’s cultural recovery and existing projects that we are committed to whilst supporting the fantastic work that has been done to grow Gloucester’s creative communities.

“The bid process requires significant resources and it has been decided to focus that energy and investment into the recovery of the city following the challenges of the pandemic.

“However, the conversations which have taken place around creative collaboration across the county are set to continue as will the work to invest in local artists, performers and producers to nurture our emerging talents.

“We are proud to already have fantastic cultural events and activities in the city which will be further boosted by the regeneration of Kings Square into a world class events space and the launching of Jolt artist studios and entrepreneurial hub later this year.

“We’d like to thank all those partners and supporters who have come together to offer their support and hope to be able to harness that enthusiasm as we continue to develop the cultural scene and recovery in Gloucester.”