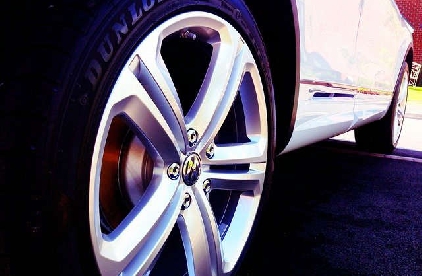 Forest of Dean District Council leaders are anticipating a £20,000 loss in revenue from parking charges during the current financial year.

Finance officers have also forecast a total shortfall of £45,000 in revenue which includes income from rental of council office space in Coleford and other predicted income which they do not believe will be achieved.

The main reason for this shortfall, which will be covered by funding from the Covid-19 reserve, is believed to be the impact the pandemic is having on the rental market for office space.

However, the council is expecting an increase of £10,000 in revenue forecast from land charges.

“Unfortunately, both car park revenue and the expected rental from the council offices have been adversely affected by Covid,” he said.

“As a consequence, there is an anticipated shortfall of £45,000. This shortfall will be covered by a transfer from the Covid-19 reserve.

“And the £10,000 from the land charges surplus will be added to the future budget deficit reserve.”

Cllr Leppington also said there is a risk they will not generate as much income as expected from their investment portfolio.

However, there is a considerable amount of uncertainty over this and he expects a clearer picture to emerge in the second quarter.

“There is also some uncertainty around treasury management returns which is dependent on interest rates rising form their current historic lows,” he said.

“The capital programme is on track for all projects which have started.”

He said he was pleased with the council’s overall performance given the challenging financial times.

Council leader Tim Gwilliam (Berry Hill, Progressive Independent) asked if the investment strategy team was slightly too ambitious in expectations for a five per cent to six per cent return.

“Post Covid do we think this still being realistic?” he added.

“Is there an opportunity for us to revisit that required return?”

Cllr Leppington said the council which severely curtailed their ambitions to look at other investment opportunities by restricting their area they can invest in to the Forest of Dean district.

He said the current situation was disappointing but a lot of work is underway to improve it.

“It’s council policy that the yield is 5% or 6% although we do have caveats in that,” added Cllr Leppington.

“If there is a good regeneration aspect to it or it meets other objectives, we would look to waive that to a degree.

“Also, the Government changing rules around investment has curtailed our opportunities.

“There are seven or eight sites we are considering at the moment and it takes a considerable amount of time to work these things up.

“But we are working hard at it.”